France’s “La Fayette” sailing off the coast of Cyprus-PHOTOS 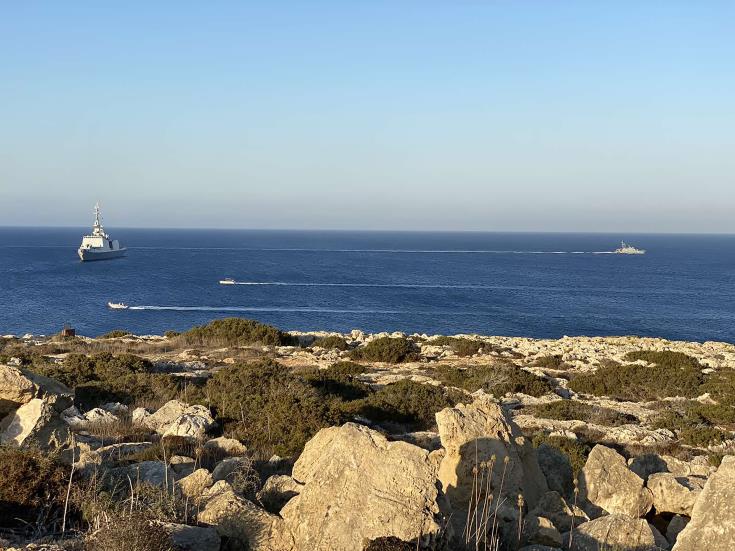 French frigate “La Fayette” which is in the eastern coast of Cyprus is expected to remain in the area until late on Wednesday.

This is what informed sources told CNA, adding that the French frigate is carrying out patrols in the context of monitoring the Eastern Mediterranean.

“La Fayette” took part in joint French-Greek air and maritime drills off the coast of Crete, in Greece.

The French Navy ship has requested and obtain authorisation by the Republic of Cyprus and the Ministry of Defence to remain in the eastern coast of Cyprus for diving training by its crew.

The same sources told CNA that after completing its diving training, the French frigate will return on Wednesday to the open sea with a view to continuing its patrols.

Earlier on August a Defence Cooperation Agreement signed by France and Cyprus on April 7, 2018, entered into force.

The Agreement provides for cooperation between Cyprus and France in the fields of energy and maritime security, early warning and crisis management, as well as combatting terrorism and piracy.