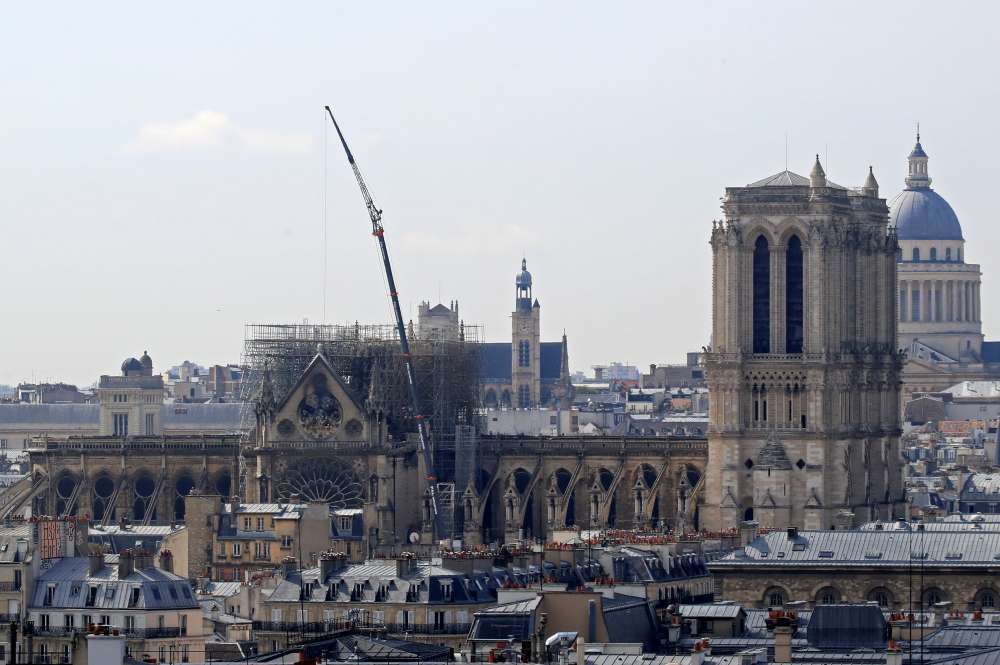 France will open the redesign of the Notre-Dame de Paris’ iconic roofline to international architects after Monday night’s blaze gutted the oak-framed structure and sent its 300-foot spire crashing through its vaulted ceiling, the prime minister said on Wednesday.

President Emmanuel Macron pledged in a prime-time televised address to the nation on Tuesday that Notre-Dame, one of France’s best-loved symbols, would be rebuilt within five years. Tycoons and international firms have promised financial and expert help.

Notre-Dame de Paris was built over nearly 200 years starting in the middle of the 12th century, though it was only in the mid 1800s that architect Eugene Viollet-le-Duc added the lead-covered spire during restoration work.

“The international competition will allow us to ask the question of whether we should even recreate the spire as it was conceived by Viollet-le-Duc,” Prime Minister Edouard Philippe told reporters.

“Or if, as is often the case in the evolution of heritage, we should endow Notre-Dame with a new spire.”

As he spoke, firefighters were using a crane to hoist supports to stabilise a fire-ravaged pinnacle that houses one of the cathedral’s historic rose stained-glass windows.

There was no immediate danger that the centuries-old structure would collapse but statues were also being removed to reduce the risk of movement now that it was no longer supported by the oak-framed roof, the fire service’s spokesman said.

Meanwhile, the Mail on Line has posted aerial  footage of the  extent of the destruction.

By In Cyprus
Previous articleTourist arrivals in March down an annual 11.5%
Next article13th Rose Festival in Agros