France to consider state of emergency to prevent riots recurring 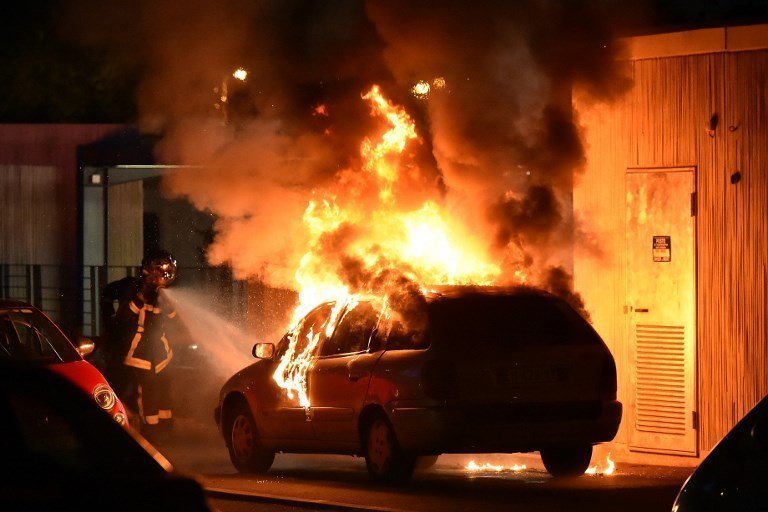 France will consider imposing a state of emergency to prevent a recurrence of some of the worst civil unrest in more than a decade and urged peaceful protesters to come to the negotiating table, government spokesman Benjamin Griveaux said on Sunday. Groups of young men with faces masked, some carrying metal bars and axes, rioted on the streets of central Paris on Saturday, setting a dozen vehicles ablaze and torching buildings.

“We have to think about the measures that can be taken so that these incidents don’t happen again,” Griveaux told Europe 1 radio.

The authorities were caught off guard by the escalation in violence after two weeks of nationwide protests against fuel taxes and living costs, known as the “yellow vest” movement after fluorescent jackets kept in all vehicles in France.

President Emmanuel Macron will hold an emergency meeting with the prime minister and interior minister later on Sunday to discuss the riots and how to begin a dialogue with the protest movement, which has no real structure or leadership.

When asked about imposing a state of emergency, Griveaux said it would be among the options considered on Sunday.

“It is out of the question that each weekend becomes a meeting or ritual for violence.”

Protests began on Nov. 17 and quickly grew thanks to social media, with protesters blocking roads across France and impeding access to shopping malls, factories and some fuel depots.

Authorities said violent groups from the far right and far left as well as “thugs” from the suburbs had infiltrated the yellow vests movement in Paris on Saturday, although Interior Minister Christophe Castaner said most of those arrested were regular protesters who had been egged on by fringe groups.

Speaking on BFM TV late on Saturday, Castaner said the authorities had put all security measures in place to prevent the violence, but that they had faced extremely violent, organised and determined groups.

He did however say the government had made a mistake in how it communicated its plans to move away from oil dependence, the policy which led to fuel tax hikes.

He and Griveaux urged the yellow vest movement to organise itself and coming to the negotiating table.

“We are ready to talk to them everywhere and the door is open to them,” Griveaux said.

Paul Marra, a yellow vest activist in Marseille, told BFM TV that the government was to blame for the violence across the country.

“We condemn what happened, but it was inevitable. The violence started from the top. The biggest thug is the state through its inaction.”

Masked, socially distanced and each given their own pen to avoid spreading germs, the Portuguese headed to the polls on Sunday (January 24) to...
Read more
Local

On Sunday morning an accident occurred on the Deftera-Lakatamia road in Nicosia. According to the Police, a motorcycle crashed into a vehicle under conditions that...
Read more
Local

Since this morning, there has been heavy traffic at Troodos Square but also in the area of Olymbos Mountain since more than 200 vehicles...
Read more
Local

Turkish Cypriots will receive on Monday an additional batch of 1,170 doses of Pfizer – BioNTech vaccines. Head of the bicommunal technical committee on health...
Read more

Annual Flower Show-2021 began in Odisha’s Bhubaneswar. It is organised with a theme based on COVID-19 pandemic and vaccination drive. The flower show attracted...
Read more
World