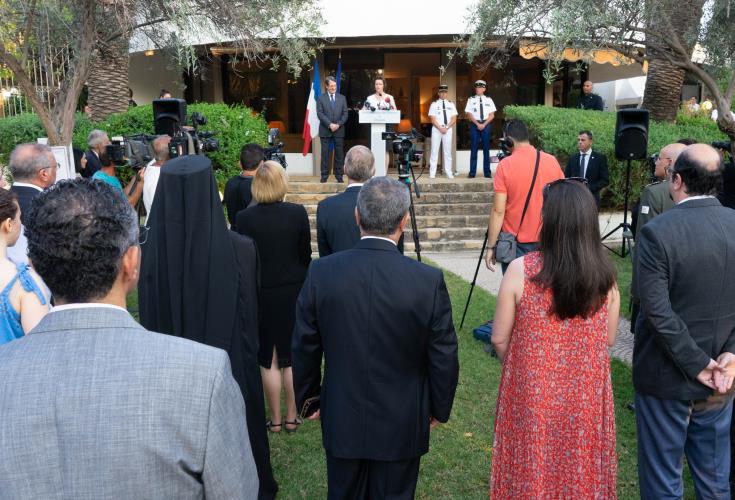 The steadfast position of France regarding Cyprus’ sovereignty is not in conflict with any country and is not linked to presumable economic interests, French Ambassador in Nicosia Isabelle Dumont has said.

Speaking on Monday evening at a reception hosted by the French Embassy to mark the country’s National Day, which was attended by President Nicos Anastasiades, Dumont said France’s ambition was a reunified Cyprus, noting that this demanded strong political will on both sides.

She pointed out that France’s position on Cyprus reflected her country’s respect for international law.

Dumont said Europe and the Eastern Mediterranean in particular were going through a rough period and that France’s position was widely known and based on stability in the region and observing international law.

Stability, she said, was the reason behind the almost permanent presence of French frigates, which visit Cyprus regularly as well as the meaning of sending airplane carrier Charles de Gaulle to the region in late February.

By In Cyprus
Previous articleElectricity consumption drops in April due to Covid measures – Eurostat
Next articlePaphos: Man pleads guilty to rape, attempted rape