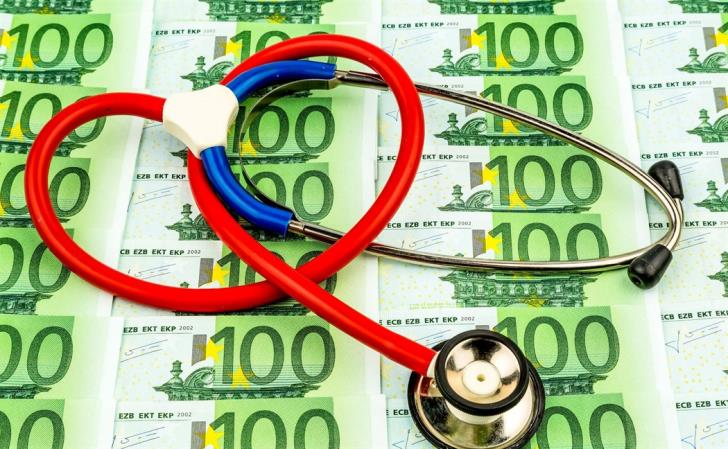 There seems to be a lot of confusion over the contributions to the island’s fledgling National Health Scheme by semi-governmental organisations and by unions covered by collective agreements. As from June 1 when the first phase of the NHS comes in effect, health contributions will come in four types.

Specifically, following an agreement reached between SEK-PEO and DEOK trade unions and OEB-CCCI organisations which represent employers, employees who have health plans known as corporative funds covered by collective agreements will cease paying twice for medical care as from next month.

Under the agreement, between June 1 and May 31, 2020 when the NHS should be fully implemented, the contributions of businesses and workers to corporate health funds will be reduced by 50%. For example, if an employee or employer today paid €50 per month for a union health fund, he/she will be paying €25 as from next month.

This amount is added to the NHS contribution which is 1.7% of gross earnings of employees. Employers will also have to pay 1.85% for the NHS. However, corporate funds do not include health funds of semi-governmental organisations, for which negotiations are under way to find the best compromise solution.

In the wider public sector, CyTA and Local Authorities are expected to sign soon an agreement to maintain health funds which will be complementary to the NHS. However, until an agreement is reached with all semi-governmental organisations, the state – as the final owner of semi-governmental organisations – will be paying two to three times more for these employees’ healthcare.

Because, in addition to contributing to the health fund starting from 1% to 12.5%, the employer which is the semi-state organisation, will be paying 1.85% (on the income of each employee separately) for the NHS, while the state will be paying a contribution of 1.65% for each beneficiary. Semi-governmental organisations have contracts with private insurance companies and the cost is fully undertaken by the employer.

The third category concerns employees mainly in the private sector, who, in addition to NHS contributions they will also be paying private health insurance fees through schemes for which employers also contribute. In this case, the employee and the employer will continue to pay double health care contributions unless the private company decides otherwise.

The fourth category concerns civil servants for whom the situation is clearer as they pay a contribution of 1.8% to the NHS. The differentiated contribution is due to the fact that government officials, in addition to out-patient visits, can also receive free in-hospital care.