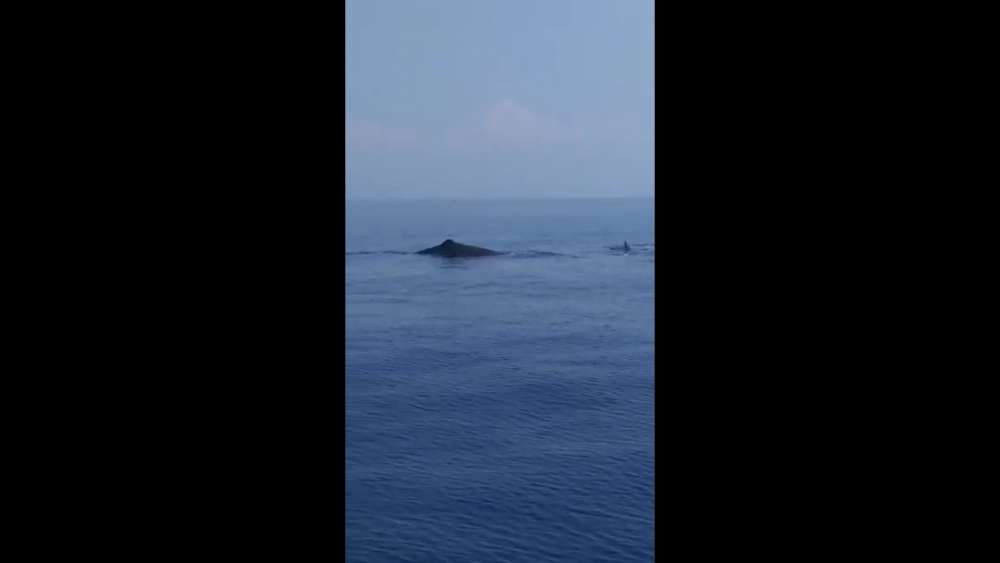 The fishermen recorded footage of the marine mammals, which has since gone viral.

“In Cyprus, where it rains in the middle of June, whales now roam the seas,” starkibris wrote.

Male sperm whales can reach up to 20.5 metres in length and can plunge as deep as 2,250 metres, making them the world’s second deepest diving mammal.

Starkibris added that on Friday, a fisherman in Rizokarpaso accidentally caught a leatherback sea turtle, the largest turtle species in the world, in his net.

The turtle was about 2 metres long and weighed about 750 kilos, the fisherman, who released the creature back to the sea, noted.

It was the first recorded sighting of the species in the area, however, leatherback turtles have been recorded on rare occasions in Republic of Cyprus-controlled areas, the Society for the Protection of Turtles (SPOT) said.

“Leatherback turtles occurring in the Mediterranean are likely from the North Atlantic population with the major nesting areas in French Guiana, Trinidad and Tobago, Costa Rica, Colombia and Panama. There are smaller nesting population scattered around the Caribbean and in the USA,” SPOT explained.