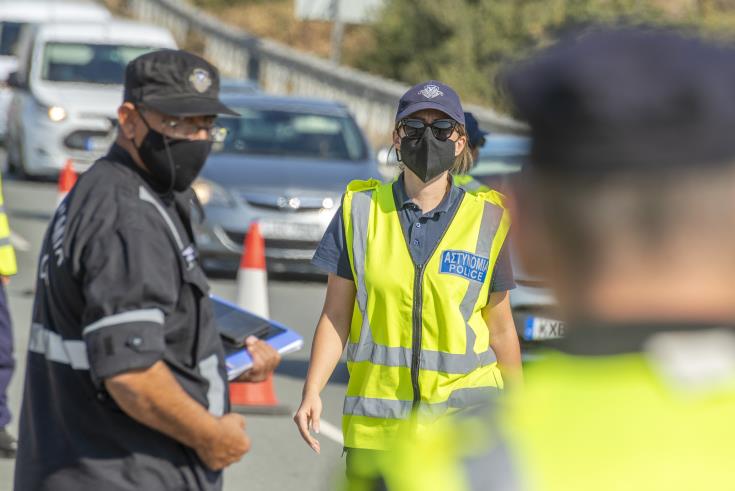 Police booked 45 citizens and four establishments all across Cyprus over the past 24 hours for breaching measures aiming to curb the spread of Covid-19.

They had carried out a total of 8,590 inspections, according to CNA.

In Nicosia, out of 1,614 checks and two citizens and one establishment were fined.

In Limassol, out of 4,219 checks 21 citizens and one establishment were fined.

In Larnaca, out of 547 checks five citizens were fined.

In Pafos, out of 1,072 checks six citizens and two establishments were fined.

In Famagusta, out of 843 checks 9 citizens were fined.

In Morphou, out of 277 checks five citizens were fined.

In addition, Marine police carried out 18 checks and handed out zero fines.

By Annie Charalambous
Previous article349 new cases through PCR tests, four deaths announced on Monday
Next articleDetails on rollout for first covid vaccines to be announced on Tuesday