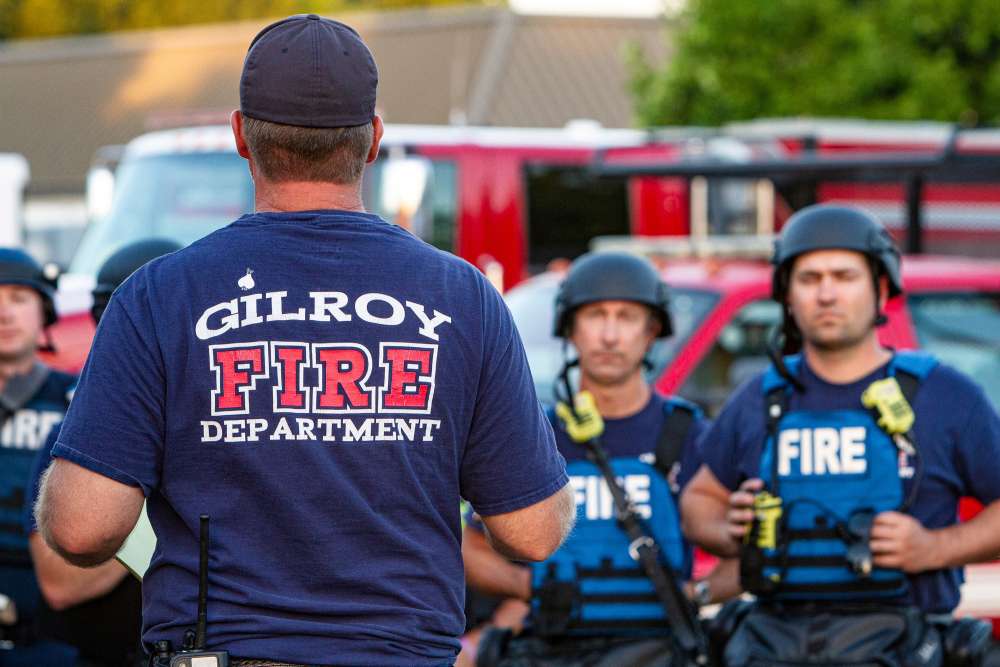 A gunman killed at least three people at a California food festival on Sunday before being shot dead by police, and police were hunting for a second person they believed was involved in the killing.

Some 15 people were wounded during the mass shooting at the three-day Gilroy Garlic Festival in northern California, some of them hurt in the crush of bystanders trying to flee, police said.

Police reached the scene within a minute of the first shots ringing out at 5:45 p.m. and officers shot and killed the gunman moments later, according to Scot Smithee, who heads the Gilroy Police Department.

A second person, “was involved in some way, we just don’t know in what way,” Smithee said late on Sunday.

“We have no idea of a motive,” he added.

Smithee said the gunman had cut through a fence to get into the annual Garlic Festival in Gilroy, 30 miles (48 km) southeast of the city of San Jose.

Footage uploaded to social media appeared to show festival attendees scattering in fear and confusion as loud popping sounds could be heard in the background.

“What’s going on?” a woman can be heard asking on one video. “Who’d shoot up a garlic festival?”

Aerial footage showed the festival grounds apparently deserted but with many emergency and police vehicles on surrounding streets and police in bullet-proof gear.

“It’s just incredibly sad and disheartening that at an event that does so much good for the community had to suffer from a tragedy like this,” Smithee said.

‘THROWING TABLES’ TO GET OUT

Evenny Reyes, 13, told the San Jose Mercury News that at first she thought the gunfire was fireworks but then saw someone with a wounded leg.

“We were just leaving and we saw a guy with a bandana wrapped around his leg because he got shot,” Reyes told the newspaper. “There was a little kid hurt on the ground. People were throwing tables and cutting fences to get out.”

Another witness, Maximo Rocha, a volunteer with the Gilroy Browns youth football team, said he saw many people on the ground, but could not be sure how many were shot.

He told NBC Bay Area that “quite a few” were injured, “because I helped a few.”

One video posted on Twitter showed a blood-spattered woman sitting in the back of a semi-trailer and telling a man she had been shot in the hand.

Stage hand Shawn Viaggi told the Mercury News he heard gunshots and saw bullets hitting the ground. “I called out, ‘It’s a real gun, let’s get out of here,’ and we hid under the stage,” Viaggi told the newspaper, adding that he saw police officers trying to resuscitate one man.

Founded in 1979, the Gilroy Garlic Festival is an annual event run by volunteers and held outdoors at Christmas Hill Park.

Weapons of any kind are prohibited, according to the event’s website, which also said anyone wearing clothing or paraphernalia indicating membership in a gang, including a motorcycle club, would be refused entry.

Festival officials did not immediately respond to requests for comment.