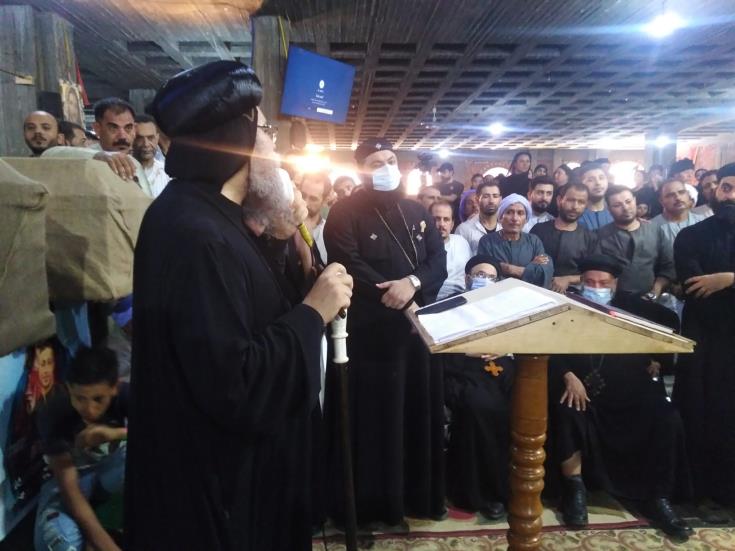 Four Egyptians who died during the huge fires that broke out in Cyprus during the previous weekend were buried on Sunday in Egypt.

Thousands of people gathered to the central Coptic church in Naseria village for their funerals. Egyptian authorities were represented by the governor of the region, while also MPs and other officials attended them. The Republic of Cyprus was represented by its Ambassador in Cairo Omiros Mavrommatis.

Archbishop of the local Coptic Church warmly thanked the Presidents of Egypt and Cyprus, Abdel Fattah al-Sisi and Nicos Anastasiades, for the solidarity they have expressed.

The bodies of the four men arrived on Saturday evening to the international airport of Cairo. Ambassador Mavrommatis and Ambassador Amr Mahmoud Abbas, Egyptian assistant Foreign Minister for consular affairs were present at the airport.

Mavrommatis expressed Cyprus` sincere condolences to the families of the victims.

Abbas paid tribute to the Cypriot authorities’ efforts and cooperation with the Egyptian authorities to fulfil all procedures for the identification and the transfer of the bodies.