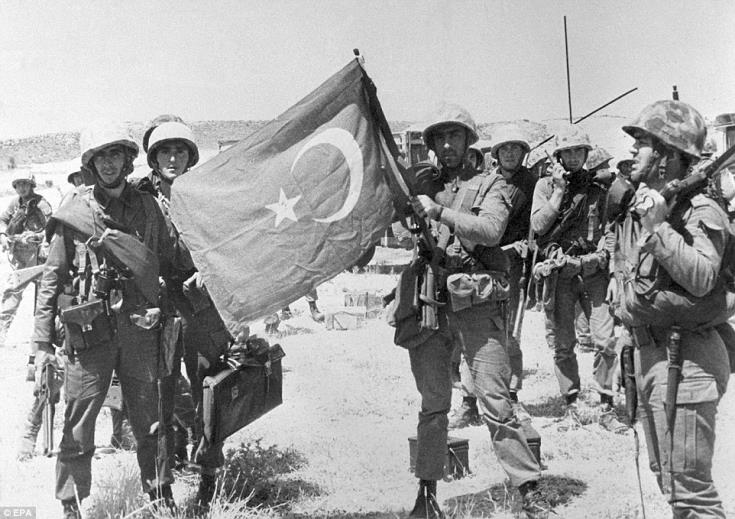 Forty-five years ago to this day, the Turkish military launched its second offensive against the Republic of Cyprus, in full violation of international law, including the UN Charter, despite the ceasefire that had been agreed.

The Turkish side continues to disregard calls by the international community relating to Cyprus and continues to hold the city of Famagusta hostage of its illegal military occupation. Dubbed a “ghost town”, Famagusta’s fenced off section – called Varosha – remains to this day deserted, abandoned to the elements.

Turkish troops invaded Cyprus on July 20, 1974, five days after the legal government of the late Archbishop Makarios III was toppled by a military coup, engineered by the military junta then ruling Greece.

Two unproductive conferences in Geneva followed; the first between Britain, Greece and Turkey and the second with the additional attendance of Greek Cypriot and Turkish Cypriot representatives.

Three weeks after the ceasefire of July 22, and despite the fact that talks were still being held and just as an agreement seemed about to be reached, the Turkish army mounted a second full-scale offensive. As a result, Turkey increased its hold to include the booming tourist resort of Famagusta in the east and the rich citrus-growing area of Morphou in the west.

All in all, almost 37% of the territory of the Republic of Cyprus came under Turkish military occupation. Nearly one third of the population, some 200,000 Greek Cypriots, were forcibly uprooted from their homes and properties, thousands were killed during the hostilities, over 1,000 persons were listed as missing while thousands of Greek Cypriots and Maronites remained enclaved.

Cyprus President Nicos Anastasiades has stated that during the informal meeting with Turkish Cypriot leader Mustafa Akinci, August 9, he had  the opportunity to elaborate on the problems created due to initiatives which are diametrically opposed to the UN resolutions, as those by Turkish Cypriot politicians Kudret Ozersay and Ersin Tatar as regards Famagusta.

Cyprus is a full EU member state since May 2004. The Turkish occupied part of Cyprus is also considered EU territory, where the acquis communautaire is suspended until the solution of the Cyprus problem.

By In Cyprus
Previous articleUS Congress delegation due in Cyprus to meet officials dealing with financial issues
Next articleLimassol: Biker arrested after being caught 16 times over limit