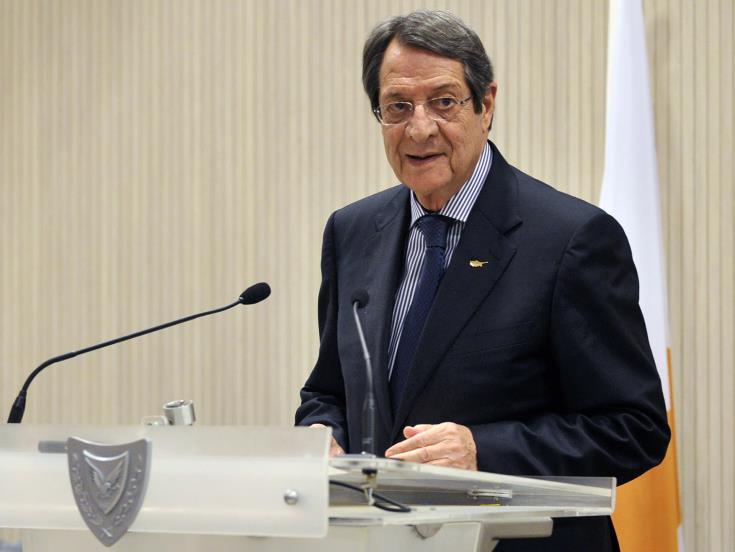 A total of 48 bone marrow donors from the Karaiskakio Foundation have donated transplants during the period from August 2018 to July 2019, 39 of whom are Greek Cypriots and nine Turkish Cypriots.

This was noted during an event organized on Thursday evening at the Presidential Palace, in the presence of Cyprus President, Nicos Anastasiades, to honour bone marrow donors, volunteers, and supporters of the Karaiskakio Foundation.

Addressing the event Anastasiades said that the Karaiskakio Foundation has promoted altruistic deeds, linked with the vision for a world without leukemia, and full of young smiling faces.

Furthermore, he said that the fact that this vision has been embraced by all the citizens of Cyprus, Greek Cypriots and Turkish Cypriots is noteworthy and wished that the same spirit also prevails among the leaderships of the two sides so that efforts for a Cyprus settlement will bear fruit.

The President said that Karaiskakio has also contributed to the effort for Cyprus’ reunification as it brings people with common values, principles and visions together.

President of the Karaiskakio Foundation Popi Kanari said that the Foundation has the largest bone marrow donors register, in proportion to the population, with more than 190,000 volunteer donors, of whom 40,000 are Turkish Cypriots.

Moreover, she said that each year 50,000 patients are in need of a compatible donor and for 50% of them a donor is found in other countries.

According to Kanari this year 39 Greek Cypriots and 9 Turkish Cypriots became donors for patients from 14 countries.

The Karaiskakio Foundation is a nonprofit organization, initially established with the purpose of organizing a volunteer bone marrow donor registry. An important objective of the Foundation is the constant and reliable scientific support of patients with hematological malignancies and other related diseases, creating a relationship of shared trust and cooperation based on mutual respect and altruism.