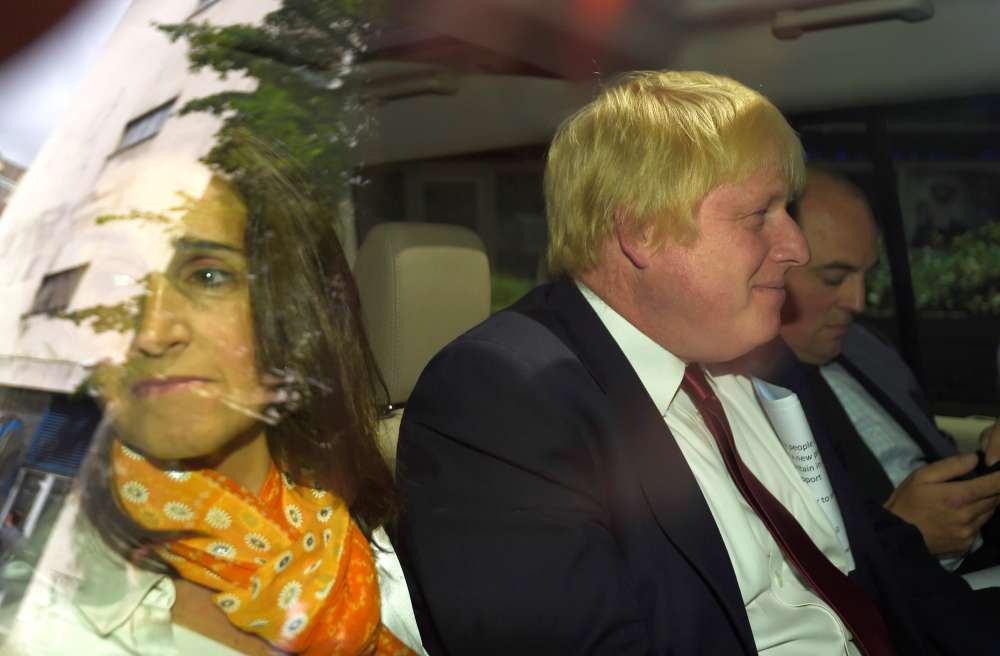 Boris Johnson, Britain’s former foreign secretary, said on Friday he had separated from his wife Marina Wheeler and the couple will divorce, the Press Association reported.

In a joint statement, Johnson and Wheeler said they separated some time ago and divorce proceedings have started.

Johnson, the figurehead of the ‘Leave’ campaign at the 2016 referendum on whether Britain should stay in the European Union, is the bookmakers’ favourite to succeed Prime Minister Theresa May.

He served as foreign minister under May for two years until July, when he quit in protest at her Brexit negotiating strategy, saying it would leave Britain as a “colony” of the European Union.

Since then, he has repeatedly criticised the strategy in parliament and through his regular newspaper column, establishing himself as the leading advocate of a more radical break with Brussels.

Other leading advocates of Brexit have named him as the man who should succeed May and he is popular with the party’s grassroots.

Johnson is one of the most recognisable figures in British politics thanks to his shock of platinum blonde hair and colourful turn of phrase – attributes that made him a key asset for the Brexit campaign.

A two-term Mayor of London and former journalist, Johnson was favourite to replace then-Prime Minister David Cameron after the Brexit vote, before ally Michael Gove decided to run instead, scuppering his leadership bid.