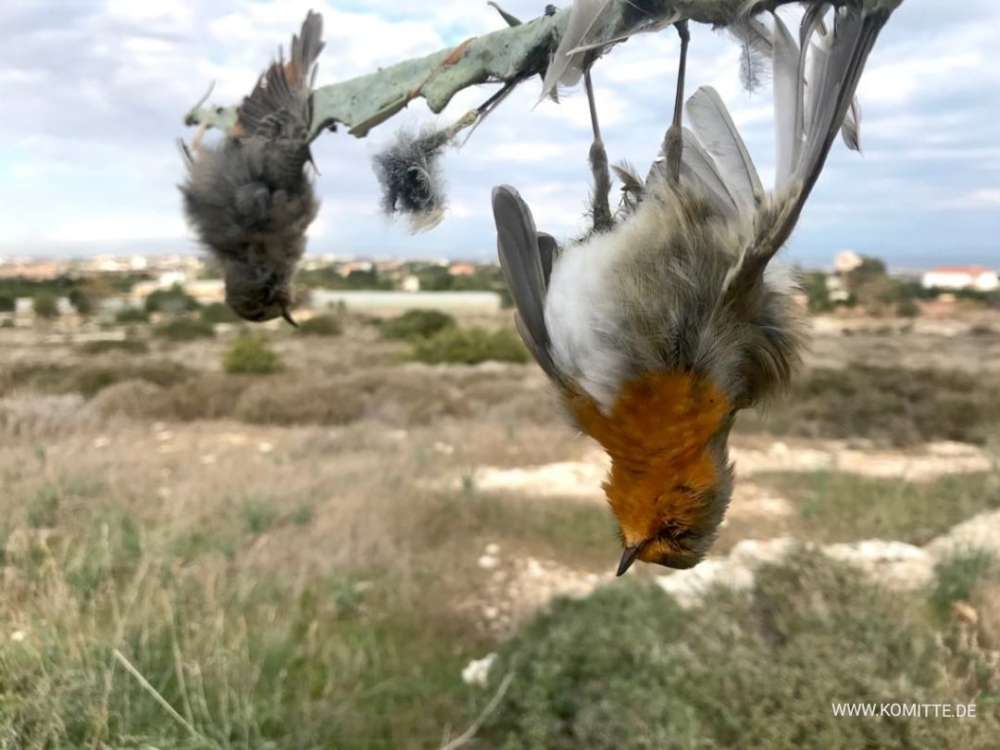 The Committee against Bird Slaughter Cyprus was able to save hundreds of birds as part of  its campaign against illegal trapping this autumn, but as the NGO said on its Facebook page today, unfortunately help arrived too late for the two magnificent birds in the photograph.

“A robin and a redstart left their last breaths on a forgotten limestick that a trapper left behind in Paralimni. This means that they got stuck and were slowly dying, a very agonising and horrible death. On the photo you can also see the leg of another unlucky bird who was caught and removed by the poacher. Please share their stories to raise awareness about the cruelty of this trapping method,” the activists said.

On December 1, CABS  gave a mixed verdict at the end of an 85 day campaign in Cyprus, noting despite the historic low in the number of limesticks and the increase in the number of conviction of poachers, there was increased shooting of protected species and increased use of forbidden decoys.

“In the 85-day campaign since the end of August, we have found and dismantled 1,969 limesticks and 87 nets, and 770 birds have been released directly from illegal traps,” CABS said announcing the end of their of the autumn bird protection camp in Cyprus and the imminent start of the winter bird protection bird camp.