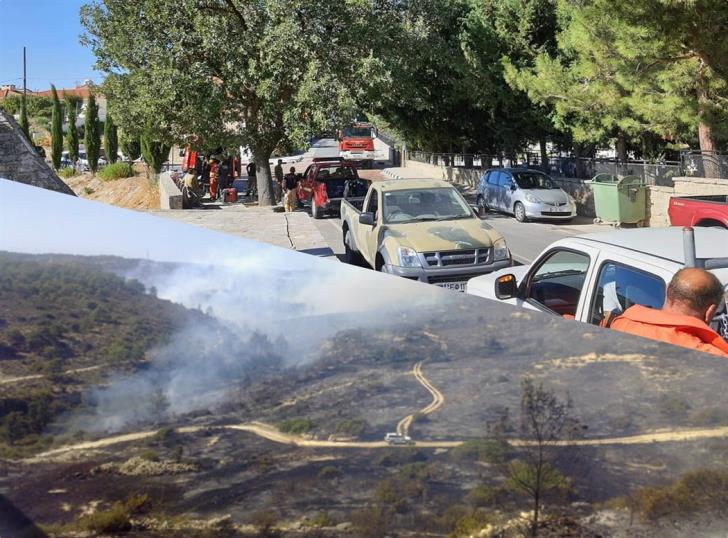 Director of Forestry Services Charalambos Alexandrou expressed utter shock and rage at today’s criminal act against Cyprus, commenting on the mass arson causing a blaze that is still burning on dozens of fronts in the Kouklia-Mousere-Dora area between Limassol and Paphos.

‘I feel shocked. I want to categorically condemn this heinous act’, Alexandrou said. A criminal act, as he added, perpetrated by mindless people who destroy our country.

Alexandrou said that the blaze was not just burning a forest, but putting communities at risk. ‘It’s the battle of battles and we seek everyone’s help to come through’, the forestry head added.

He stressed that dozens of breaking out points were spotted in a range of 20 kilometres, indicating that the arsonists were moving between villages, setting fires.