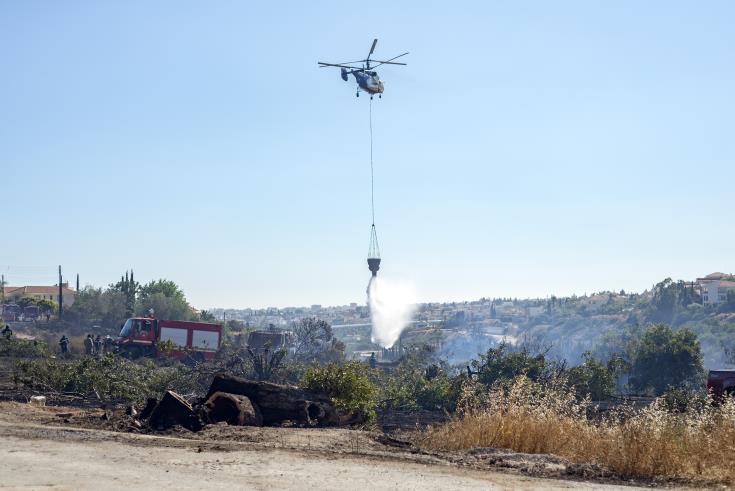 The fire which destroyed 30 hectares of forest near Pano Pyrgos was started deliberately, the Forestry Department said as President Nicos Anastasiades thanked fire fighters for their overnight efforts to contain the huge blaze.

In a written announcement, the Forestry Department said that the fire, which broke out some 2 km from Pano Pyrgos late on Thursday afternoon, had been completely contained a little after midnight, after burning 30 hectares of thick pine forest. The fire broke out near Ayia Paraskevi, within Paphos forest. It was spotted from a forestry department observation point and by a resident of the area, and because of its serious nature, fire fighters were immediately mobilised and battled the flames through the night.

It said that more than 250 fire fighters and volunteers had sped to the scene. Forty fire trucks from the Forestry department from across Cyprus, 10 of the fire brigade, civil defence, Emak and the Game Service as well as a fire truck of Kykkos Monastery were all used.

Two airplanes of the Forestry Department and two helicopters carried out water drops. Fire fighters remain in the area, working to bolster the perimeter and deal with a possible flare up.

“The fire was set deliberately and police is investigating,”the Forestry Department added.

Earlier on Friday, a 35 year old man, reported to be a resident in the area, was arrested and is expected to appear in court to be remanded in custody.

Meanwhile on a message on Twitter, President Anastasiades said that the swift, coordinated action of state services had dealt effectively with a threat to Paphos forest that started in Pyrgos, Tyllirias.

“I warmly thank the Forestry Department, the Fire Service and all the volunteers who contributed to putting out the fire,” he said.