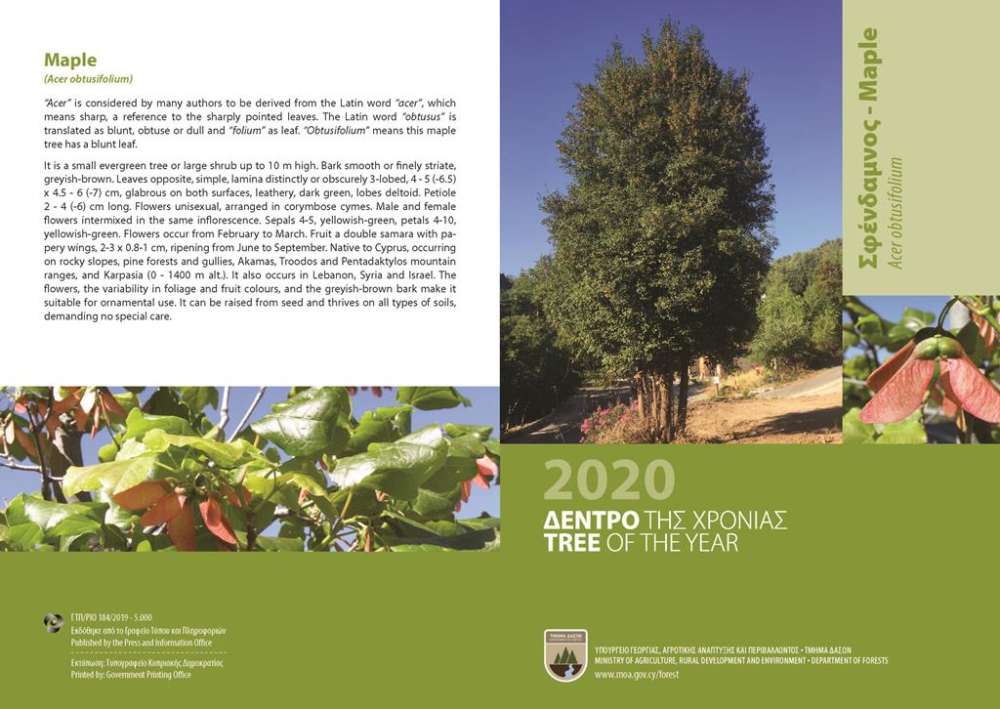 In a post on Facebook, the Forestry Department notes that the Acer obtusifolium belongs to the Sapindaceae family and owes its scientific name to the characteristic leaves that have 3-5 pointed endings, since the Latin word “Acer” means sharp.

A small evergreen tree or large shrub up to 10 metres high it flowers in February and March. Native to Cyprus, it occurs on rocky slopes, pine forests and in gullies, Akamas, Troodos and Pendadaktylos mountain ranges and Karpasia.

It also occurs in Lebanon, Syria and Israel. It can be raised from seeds and thrives of all types of soil, requiring no special care.

Because of  the diversity of its flowers, leaves and fruit, it is also used for in parks, squares, gardens. Previously, the wood was used in furniture, as a firewood, in the production of charcoal and in the making of musical instruments.