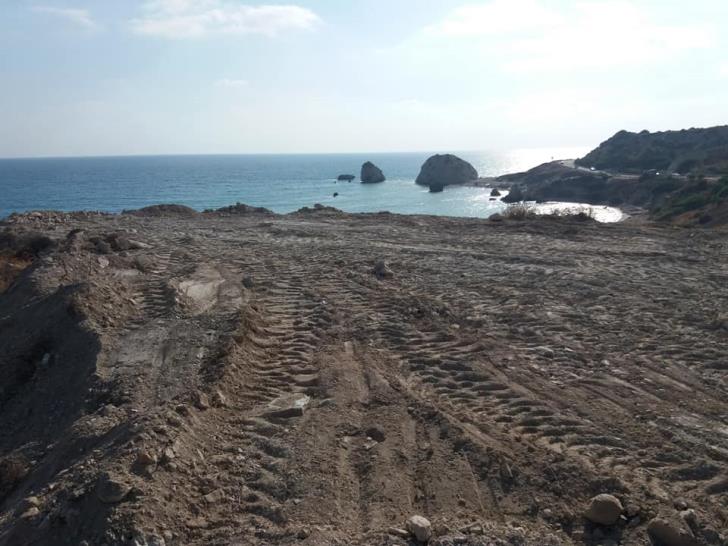 A wedding photographer has illegally flattened with a bulldozer a forest area opposite Aphrodite’s Rock (Petra tou Romiou) in Paphos so that his pictures would have a more scenic background.

The photographer who lives in Kouklia village, Yesoskipou district, has been arrested and taken before court since Petra tou Romiou National Forest Park is within the Natura 2000 protected area.

The Forest Department had turned down his request for permission to turn the specific green area into a civil wedding service venue. The request had come through the Kouklia Community Board whose members appear to be too keen to exploit the popularity of Aphrodite’s Rock.

The Forest Department’s letter rejecting the request is dated 30/7/2019. Nonetheless, the photographer went ahead a few days ago rooting out bushes and other green vegetation and flattening the area with a bulldozer.

The Forest Department has made clear in an announcement that violations of this kind will not be tolerated and that those trespassing will be penalised in accordance with the law.

Zero tolerance will be exerted, the announcement also said, before assuring the public that state forest land will be under constant surveillance.

At the same time, the Department calls on citizens to report any violations that they may come across so that the natural wealth of the country is safeguarded.