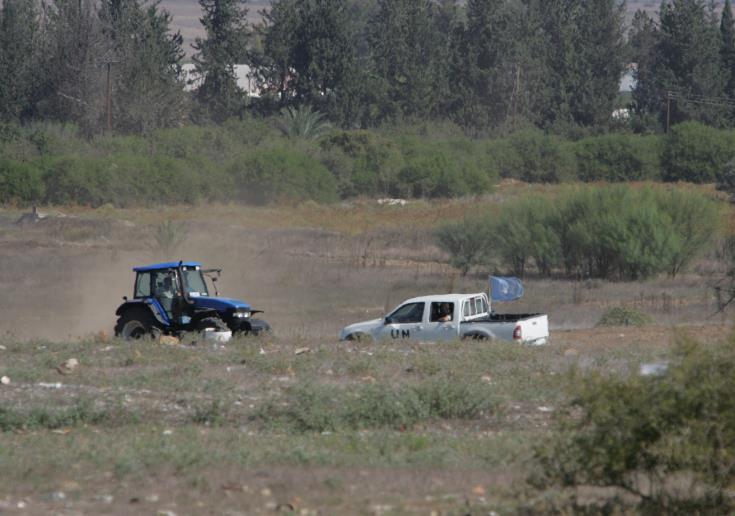 The Foreign Ministry has made representations to the UN peacekeeping force in Cyprus (UNFICYP) over every single incidence that occurred last week in the buffer zone near Denia, during which the Turkish occupation army obstructed Greek Cypriot farmers trying to cultivate their land, Foreign Ministry spokesman Demetris Samuel told CNA.

He added that the Ministry is following and evaluating the situation constantly, in contact with the local authorities and UNFICYP.

Responding to a question about the latest incidents in the buffer zone, Samuel said that the Foreign Ministry was informed about these incidents, that took place last week, from the very first moment they occurred.

He added that the Foreign Ministry made representations to UNFICYP for every single incidence separately, requesting the immediate intervention of the UN peacekeeping force, with a view to restoring the farmers’ rights to cultivate their plots and ensure their safety.

Moreover, Samuel noted that “the Foreign Ministry follows and evaluates the situation constantly, and to this end it is in contact with the local authorities as well as with UNFICYP.”

UNFICYP spokesperson, Aleem Siddique, told CNA on Saturday that “maintaining the military status quo and the safety of civilians in the buffer zone remains our most important priority.”