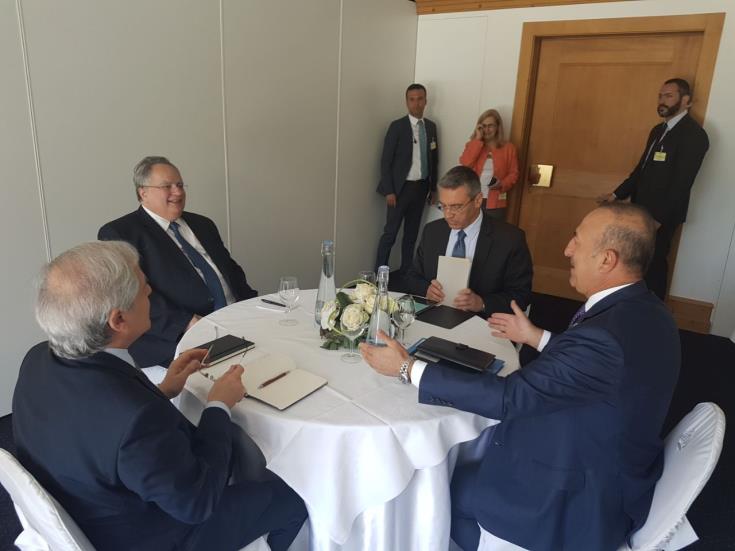 Foreign Ministers of Greece, Turkey and the UK held an informal meeting on Tuesday in New York, which Greek diplomatic sources describe as “exploratory.”

The same source said that «they discussed the external aspect of the Cyprus issue, namely the issues of guarantees and security. It was more of an exploratory meeting and lasted about an hour”.

Greece, Turkey and the UK are guarantor powers, according to the 1960 Treatys which established the Republic of Cyprus.

Cyprus has been divided since 1974, when Turkish troops invaded and occupied 37% of its territory.  Numerous UN-backed negotiations, aiming at reuniting the island under a federal roof, have failed to yield results. The latest talks under UN aegis took place in the summer of 2017 at the Swiss resort of Crans-Montana.

By In Cyprus
Previous articleFormer Minister: ECB wanted to shut CCB down
Next articleFirst ever professional opera to be created in Cyprus premieres in October