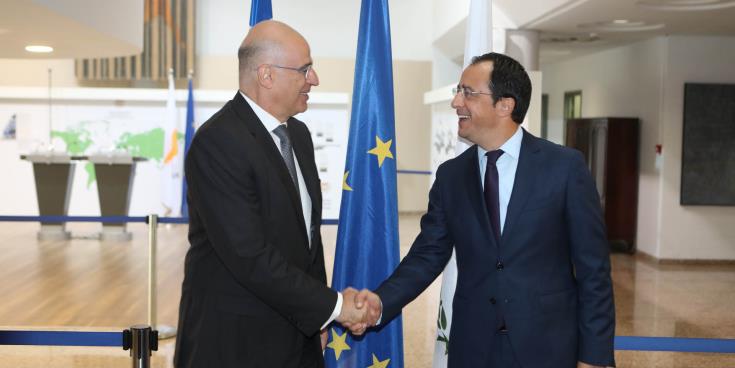 Minister of Foreign Affairs Nikos Christodoulides briefed his Greek counterpart Nikos Dendias on the latest developments on the Cyprus problem.

Diplomatic sources told CNΑ that during the meeting, there was briefing, discussion and coordination on the latest developments on Cyprus, President Nicos Anastasiades’ meeting on 9th August with Turkish Cypriot leader Mustafa Akinci and the renewal of UNFICYP’s mandate as well as developments in the fenced off city of Varosha.

By In Cyprus
Previous articleHuge part of Varosha belongs to Evkaf, its director claims
Next articleCyprus and Bulgaria share common concerns about Turkish provocations in Cyprus’ EEZ, House President says