Foreign Minister: We may be going through the most critical period in the history of Cyprus’ negotiations 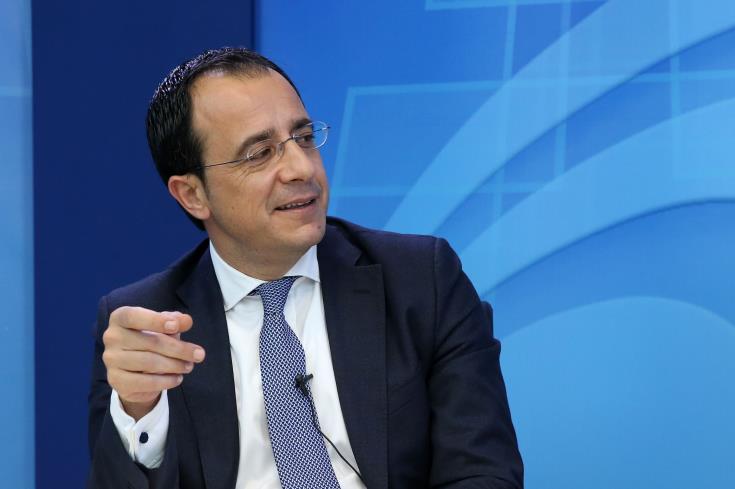 Foreign Minister Nikos Christodoulides said on Sunday that the current period might be the most critical one in the history of the negotiations for a solution to the Cyprus problem. He was speaking at the annual memorial service for Archbishop Makarios III, Cyprus’  first President, at the Holy Monastery of Kykkos.

“Today we are going through a critical period for our national issue. Possibly, and without any desire for exaggeration, the most critical one in the history of the negotiations for the solution of the Cyprus problem,” he stressed.

He added that at this difficult time, it was required by all to put Cyprus on top of any disagreements.

“We need, more than ever before, cooperation and unity. This is required by the current crucial circumstances, that we hope will pave the way for meaningful talks on issues where there are disagreements, as these have emerged through the latest negotiating process,” he noted.

He also said that the President of the Republic made it absolutely clear during his meeting with the UNSG’s envoy Jane Holl Lute, that our side is ready to enter the dialogue from the point where it was interrupted in July 2017.

Christodoulides stressed that if the other side shared the same determination and if there was progress on the basis of the Framework, which the UN Secretary-General himself had set, there could be hope for a successful outcome.

He added that the President of the Republic, continues the struggle with firm will, determination and responsibility, with the sole aim to end the unacceptable status quo that for decades forces Cypriots to live under conditions that do not exist anywhere else in Europe.

The Foreign Minister added that the government’s goal and wish is the resumption of the Cyprus talks as soon as possible and from the point that were left in Crans-Montana.