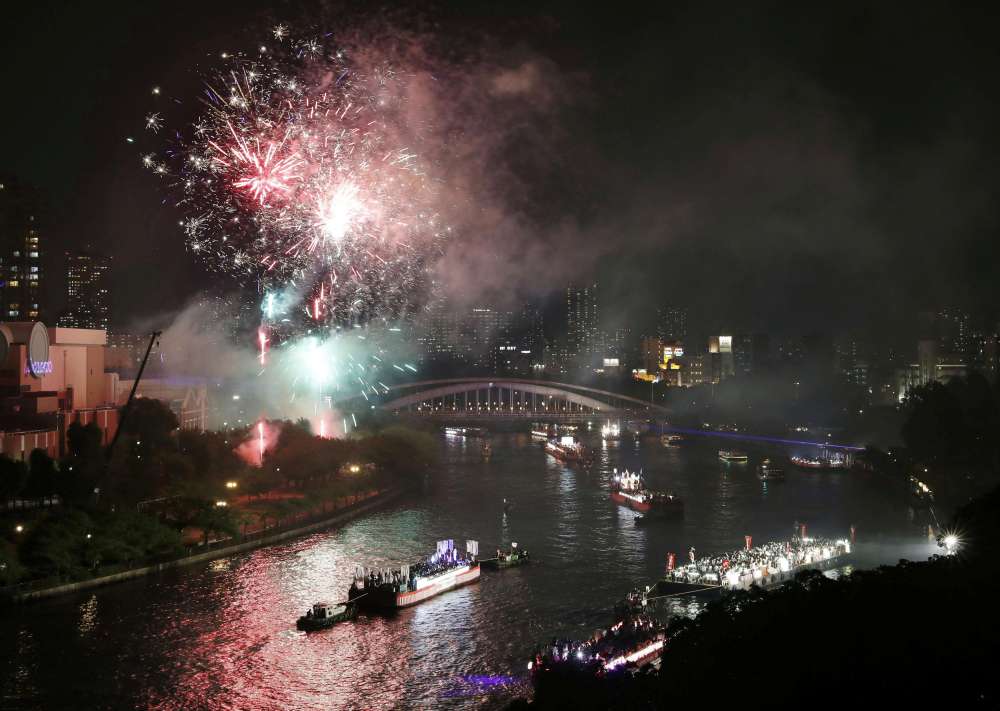 In late July, a lavish fireworks display lit up Osaka’s skies in the finale to one of Japan’s most famous festivals, courtesy of a first-time sponsor: Macau casino operator Melco Resorts and Entertainment Ltd.

Also in town was MGM Resorts International’s chief executive, Jim Murren. He didn’t bring a donation – just the Blue Man Group to entertain around 100 guests on a chartered boat.

The partying and pageantry were part of a concerted effort to convince Osaka who should operate one of Japan’s first casino resorts. Just days before, the country authorised the initial three licenses.

Thanks to strong local political support, an available site and a supportive business community, the western Japanese metropolis of 2.7 million is widely expected to become the first major city to host a casino.

For Osaka, which has seen its wealth and power fade in relation to Tokyo, gambling could boost tourism and bring in much-needed money. It hopes to open a resort by 2024, but even after it picks an operator it must win government approval.

“I want to properly nurture the tourism industry in Osaka as one of its pillars,” Osaka Governor Ichiro Matsui told Reuters in an interview.

And Osaka, eager to avoid even the appearance of corruption, has become more cautious in dealing with casino operators.

All told, at least eight major operators are courting Osaka. MGM, Sands and Melco have in recent years pledged to sink $10 billion into a resort.

Osaka wants to build a casino on a man-made site called Yumeshima, or “Dream Island.”

Yumeshima was built during Osaka’s 1970s boom times. Its bayside area was once a blue-collar district crowded with chemical factories and shipyards. But those companies moved production abroad.

The city was hit hard when Japan’s bubble economy popped, and politicians have for two decades tried with little success to revive both the waterfront and Osaka.

Still, with a four-fold surge in foreign tourists over the last five years – more than 11 million people visited Osaka in 2017, attracted by its rich culinary culture and wealth of nearby sights – casino operators see a fertile market.

“This is the greatest opportunity of my lifetime,” Melco’s Ho told Reuters by phone.

Executives from 11 casino companies have met Governor Matsui for “courtesy calls” 25 times between 2012 and May 2018, prefectural records show. Operators and other related companies have met Osaka officials 119 times since May 2017. Osaka declined to provide breakdowns of meetings by company.

Melco’s most recent donation to Osaka, reported by local media to total about 50 million yen ($450,000), wasn’t its first. Melco also gave money for victims of a June earthquake that killed four in Osaka, and for parts of western Japan devastated by flooding a month later.

The company declined to say how big those donations were; its fireworks sponsorship was worth about $9,000.

Ako Shiraogawa, Melco’s Japan president, told Reuters she reassured local officials the donations were not meant to curry favour. It was a coincidence that Ho met Osaka’s Matsui before the fireworks display, she said.

“It looks like we are doing too much,” Shiraogawa said. “But it just happened to be the same day as the festival.”

Like its Macau rival, MGM is building a bigger presence in Osaka, including an office. It says it is trying to win the “hearts and minds” of the city’s public and businesses.

Before the festival, for instance, it gave shoppers at a local arcade the chance to win tickets to its boat party.

Behind the scenes, MGM has worked to connect with Osaka companies, said Kanji Hori, who runs the Hyakusha Kai association of small businesses, which is hoping for a stake in an operating consortium.

For its part, Las Vegas Sands says it has focused on engaging with local officials, businesses and community groups. Its chief executive, Sheldon Adelson, met Matsui in September.

Officials from Sands declined to be interviewed.

In Osaka, 42 percent of residents are opposed to a casino over fears of gambling addiction and less than a fifth are in favour, a poll by public broadcaster NHK in March showed.

The city’s government is trying to swing public opinion with seminars on dependency and a message of prosperity. A resort would create more than 80,000 jobs a year in the region, officials say.

But Teruo Sakurada, a professor at Osaka’s Hannan University who heads an anti-casino group, said those positions would most likely be part-time and lower paid.

“They want tourism and foreign demand to drive the local economy, but this isn’t a sustainable model,” he said.

Despite casino operators’ enthusiasm in courting Osaka, there have so far been no major accusations of impropriety.

The only incident approaching scandal: a PwC Consulting employee on a 377 million-yen contract to advise the city on casinos attended MGM’s boat party, breaking no laws but earning a scolding from a local official. A PwC Japan spokeswoman said the incident did not violate its agreement.

“It’s natural that we need to be fully open, and make sure that citizens have no doubts about unfairness or corruption,” Matsui said. “There’s no doubt a lot of money will be involved and that it’s going to be a big business.”