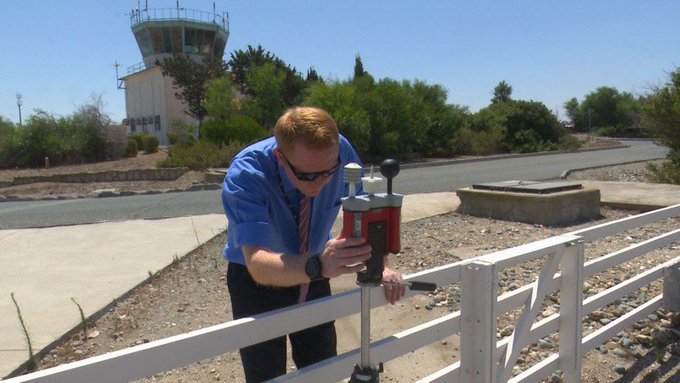 The Forces Network has broadcast a special report on the met office at RAF Akotiri, the RAF’s busiest base.

“The United Kingdom is a nation obsessed with the weather and the military is no different,” it says noting that weather conditions play a key part in flying operations, which is why Met Office forecasters are based at every military air station where they play a vital if little-known role within the British military.

The Met Office quietly works away behind the scenes providing aircrews with the forecasts they need to safely fly their missions.

At RAF Akrotiri, as they do at bases around the world, half a dozen Met Office forecasters work around the clock to provide that information.

‘Keeping Our Forces Safe Whatever The Weather’ https://t.co/hljMZwU08p … – @ForcesNews looks at the @metoffice in Cyprus, @MetOAkrotiri

Experts analyse data gathered by satellite and from sites across the region to provide hourly updates to aircrew and forecasts for the military community in Cyprus.

Alongside technology, they also use traditional methods to analyse what the weather has in store.

In Cyprus, however, the rain gauge tends to be a little empty most of the year, it notes.

The start of Op Shader three years ago means that Akrotiri has become the RAF’s busiest operational air station with jets and refuelling tankers flying missions over Iraq and Syria day and night.

Although Cyprus is known for its sunny climate the weather can change very quickly, winter often sees the island, Akrotiri in particular, hit by severe storms.

On a clifftop above the airfield, the Met Office has its own weather radar specifically to detect rain and storms over Cyprus.

Three hundred and sixty-five days a year this small team of specialists provides the data the RAF needs to conduct its combat missions supporting Op Shader and the RAF’s front line.