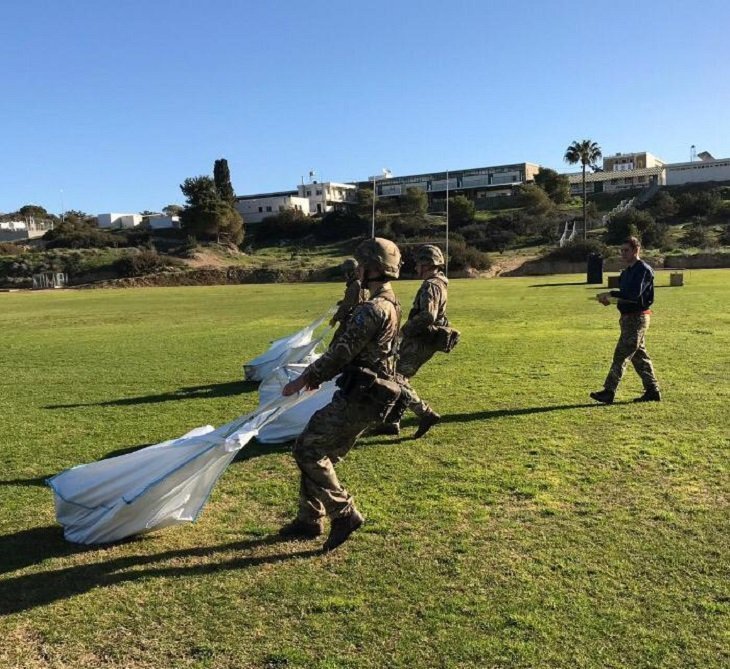 Personnel of the British Forces in Cyprus have been getting to grips with the new British Army Physical Employment Standards which will come into effect on April 1, forces.net reported.

The Soldier Conditioning Review (SCR) will replace the Physical Fitness Assessment (PFA) and has been “developed to reflect the reality of the demands placed on modern soldiers,” forces.net writes.

All Field Army personnel will be introduced to SCR from April 1.

The PFA is not the only fitness test that is planned to be replaced as the traditional eight-miler annual fitness test (AFT) for Ground Close Combat Troops (GCC) is also being substituted by multiple role-related tests.

The new elements that GCC troops will face include a casualty drag weighing in at 110 kg, fire and movement simulation and a loaded march with slower pace but heavier load than current standards.

The Reaction In Cyprus

SO2 Physical Development, Major “Dougie” Douglas, says they were put through the mill but came away smiling. He told forces.net:

“I was sceptical of it, yes I’ve ached a little bit but actually it’s good training and it’s developing you as the athlete soldier.”