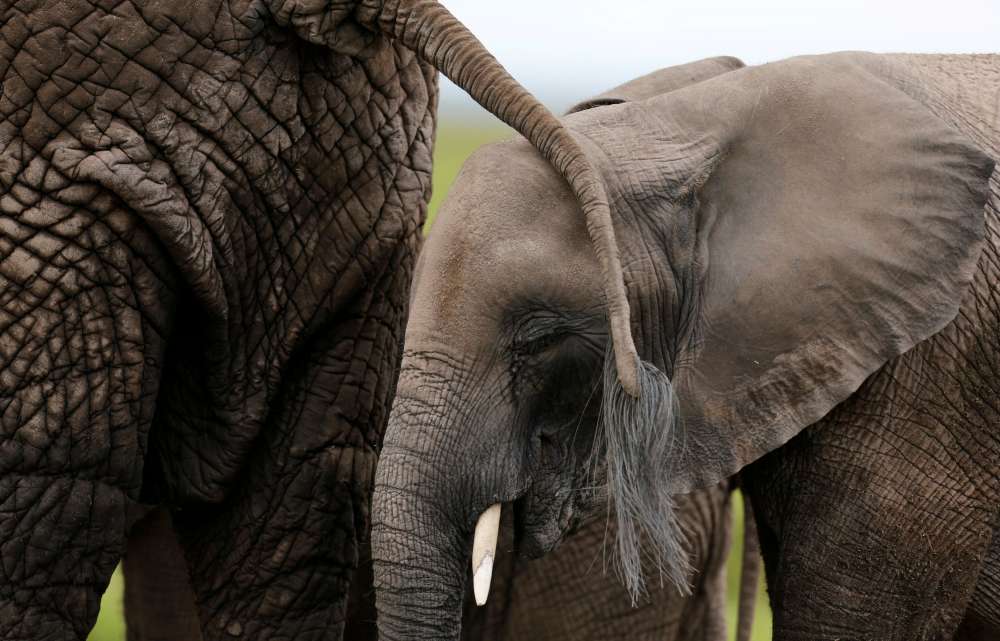 A study of the African bush elephants’ vast network of deep wrinkles has found they are intricately designed to help the animals keep their cool, fight off parasites and defend against sun damage, scientists said on Tuesday.

The fine pattern of millions of channels mean the elephants’ skin can retain five to 10 times more water than on a flat surface, the scientists said.

The research, conducted by scientists at Switzerland’s University of Geneva and the Swiss Institute of Bioinformatics, was published in the journal Nature Communications on Tuesday.

“Because of their huge body size, and their warm and dry habitat, African elephants can avoid over-heating only by losing calories through evaporation of the water they collect in and on their skin,” researchers wrote.

The scientists found that elephant skin channels are not just folds or wrinkles, but actual fractures in the animal’s brittle outermost layer of skin. The skin grows on a tiny lattice framework, they said, causing it to fracture under mechanical stress when the animals move.

African elephants are known to love bathing, spraying and mud-wallowing, and since they have no sweat and sebum glands to keep their skin moist and supple, the tiny crevices trap and hold on to water and mud, helping to regulate body temperature.

It also forms a barrier against bugs and solar radiation.