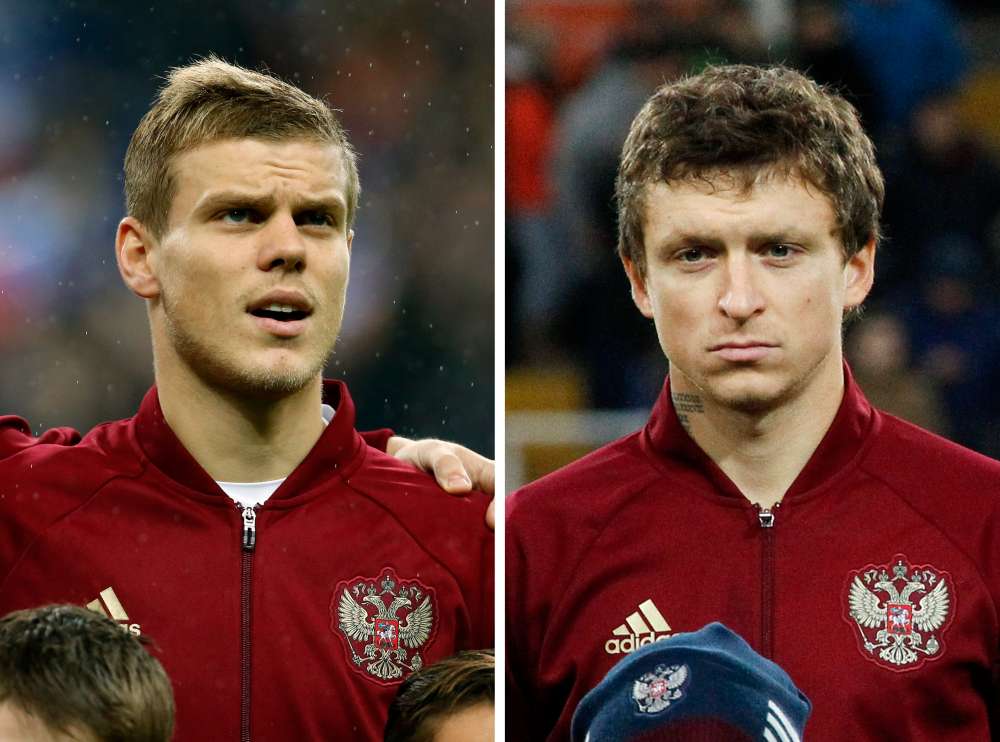 A Moscow court ordered the arrest of Russian soccer internationals Alexander Kokorin and Pavel Mamayev late on Thursday after they were charged over violent attacks in central Moscow.

Zenit St Petersburg forward Kokorin and Krasnodar midfielder Mamayev could face jail and will be held in custody for two months over the attacks captured on CCTV on Oct. 8.

Footage circulated widely by Russian media shows a man being kicked and punched by a group of people and another incident in which two civil servants appeared to be assaulted in a cafe. The two footballers were present at both incidents.

The three men have been charged with hooliganism, the court said, which carries a jail term of up to seven years.

Kokorin told the court he repented and apologised to one of the victims, but the court rejected his lawyer’s request to release him pending trial, RIA news agency reported.

The soccer players also face possible sanctions from their clubs.

Kokorin has 48 caps for Russia but missed this year’s World Cup in his home country with a knee injury. Mamayev has represented the national team 15 times but also was not included in the World Cup squad.

By In Cyprus
Previous articleGovernment to continue work towards sustainable development, President assures
Next articleAnti-money-laundering procedures stricter in Cyprus than other EU states, FinMin says