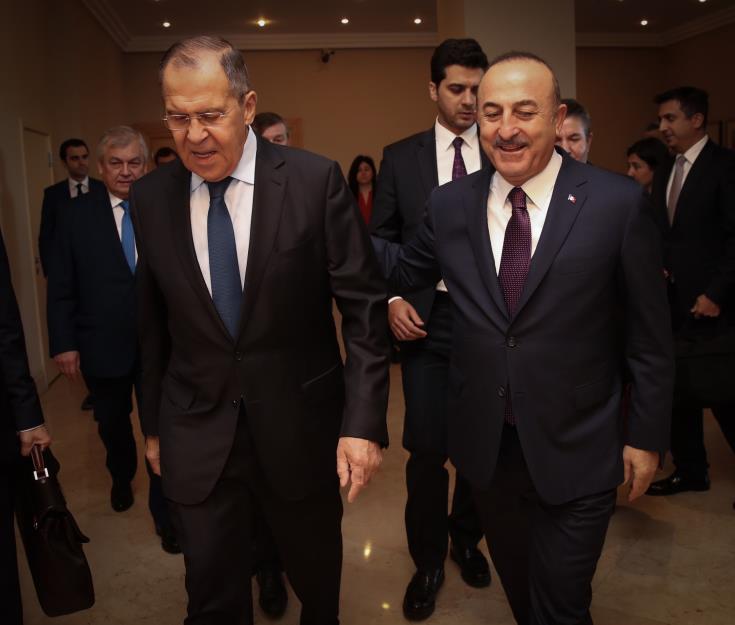 Russian Foreign Minister Sergey Lavrov and his Turkish counterpart Mevlut Cavusoglu discussed during a telephone conversation they had on May 8 the situation in the Eastern Mediterranean, including the Cyprus settlement process.

A press release issued by the Russian Foreign Ministry said that during the conversation “the need to continue the substantive exchange of views concerning the situation in the Eastern Mediterranean, including the Cyprus settlement process, was noted, as was the Russian position that any actions to complicate this process would be unacceptable.”

According to the press release, the telephone conversation took place at the initiative of the Turkish side and the ministers discussed the current situation in Syria as well as a range of issues concerning bilateral relations and the schedule of upcoming Russian-Turkish contacts at different levels.

Cyprus has been divided since 1974, when Turkey invaded and occupied its northern third. Ankara issued a navigational telex, announcing its intention to start drilling off Cyprus until September 3. The Turkish drill ship “Fatih” is located almost 40 nautical miles west of the Akamas peninsula and 83 nautical miles from the Turkish coast. The area falls within the EEZ and continental shelf of the Republic of Cyprus.

In a press release regarding the Turkish drilling in Cyprus’ EEZ, the Russian Ministry of Foreign Affairs said that they were “deeply concerned about information regarding the escalation of the situation in the Eastern Mediterranean.”

“We firmly proceed from the fact that any economic activity should correspond to the norms of international law. We call upon not to undertake actions that could cause tension and create additional obstacles on the way to the settlement of the Cyprus problem” the press release noted.