FMs of Cyprus and Palestine sign a Protocol on Political Consultations 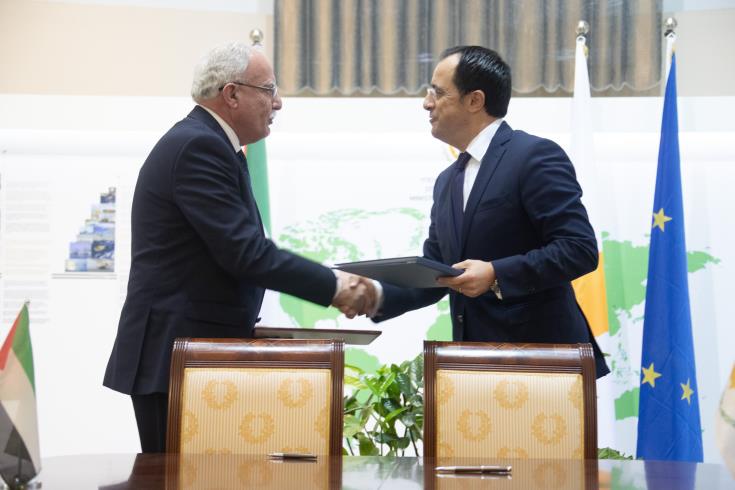 The Foreign Ministers of the Republic of Cyprus and the State of Palestine, Nikos Christodoulides and Riad Al Malki, signed on Friday in Nicosia a Protocol on Political Consultations.

According to a post on the Cypriot Foreign Affairs Ministry’s account on Twitter, Christodoulides and Al Malki, who paid a working visit to Cyprus, had fruitful deliberations on a bilateral and regional agenda.

Moreover, an MoU between the Chambers of Commerce of Cyprus and Palestine, providing for the establishment of a Joint Business Council, was signed, in the two Ministers’ presence.

By In Cyprus
Previous articleTrump says had lawyer Giuliani work on Ukraine because he is a “great crime fighter”
Next articleBack me or sack me, protege of Germany’s Merkel tells her party