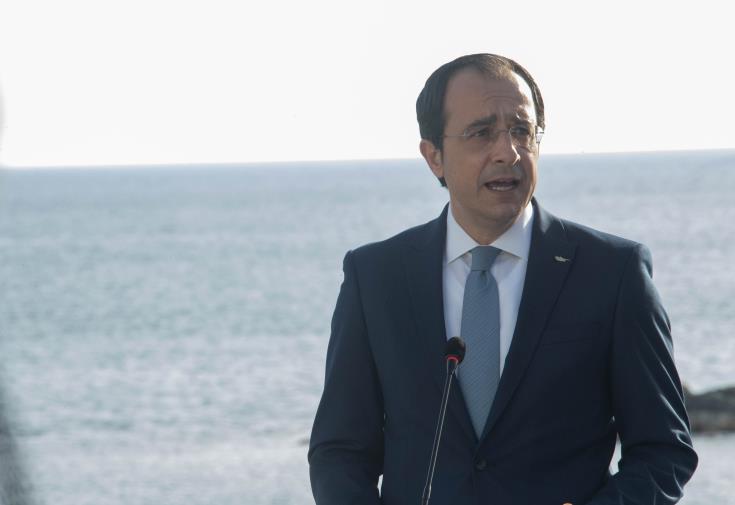 Cyprus Foreign Minister, Nikos Christodoulides, has expressed, in statements to CNA, satisfaction over the results of the meeting of the Foreign Ministers of Cyprus, Greece, Israel and the United Arab Emirates (UAE) that took place in Paphos, on Friday and Saturday.

Christodoulides underlined that the fact that the first such meeting was hosted in Paphos highlights that the role which Cyprus plays in the efforts to expand and enhance cooperation and dialogue, as a means of consolidating stability, peace and security in the region, having excellent relations with all neighbouring countries, is being recognized.

The Foreign Minister noted that significant positive political developments have taken place recently in the Eastern Mediterranean and the broader Middle East region, including among others, the agreements for normalizing the relations between the UAE and some other Arab states with Israel as well as the establishment and operation of the Cairo Gas Forum, which enhance the prospects for a more expanded regional cooperation, on the basis of a positive approach, without excluding anyone. He added that the aim of the meeting was to further enhance regional cooperation, making use of the prospects that are created by the developments.

“I want to be absolutely clear, the way is open for the participation of all countries of the region,” he stressed.

Christodoulides also said that the time that the meeting has taken place is important, among others because it provided the opportunity to send out joint messages about the region by countries of the region, especially taking into consideration that there is a new Administration in the US.

“We have decided to continue our contacts in this framework, with the possibility of more countries joining us and of expanding the spectrum of issues being discussed, and I expect to have a follow- up during the next period of time,” the Minister concluded.

Christodoulides had this morning a bilateral meeting in Paphos with the Diplomatic Adviser of the President of the UAE and former Minister of State for Foreign Affairs, Anwar Gargash, who represented the Minister of Foreign Affairs and International Cooperation of the United Arab Emirates, Sheikh Abdullah Bin Zayed Al Nahyan.

By gavriella
Previous articlePolice book 147 citizens and one establishment owner for violating COVID measures
Next articleEuropean Citizen’s Prize 2020 awarded to the founder of ICLAIM, Prof. Shaelou