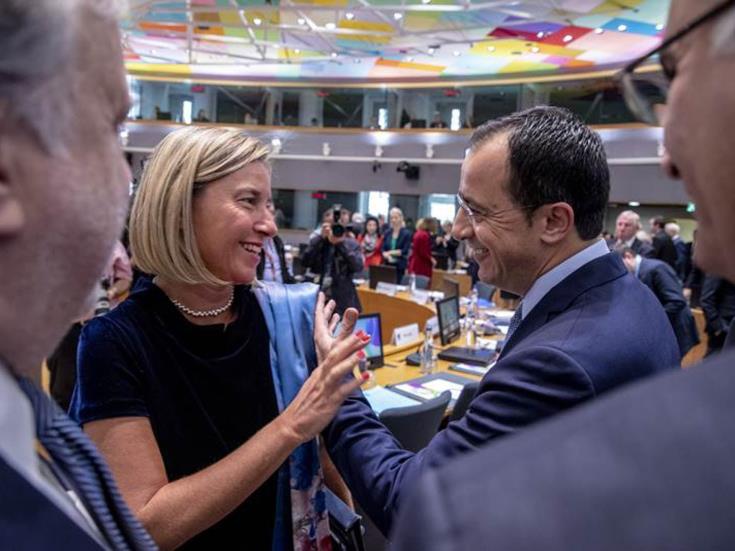 Foreign Minister, Nikos Christodoulides, will brief his EU counterparts on Monday in Brussels, during the meeting of the Foreign Affairs Council, on the state of play and the recent developments in relation to Turkey`s illegal actions in Cyprus` Exclusive Economic Zone (EEZ) and will have his first meeting with the new Foreign Minister of Greece, Nikos Dendias, on the sidelines of the FAC meeting, a press release issued by the Ministry of Foreign Affairs on Sunday said.

According to the press release, Christodoulides who is flying to Brussels on Sunday afternoon to attend the FAC meeting, will exchange views with Dendias on the recent developments regarding the illegal activities of Turkey in the Republic of Cyprus EEZ, as well as about the efforts for the resumption of  the negotiations on the Cyprus problem, as long as Turkey`s illegal actions are terminated.

“Before the meeting of the Council, Christodoulides will, inter alia, have his first meeting with the new Foreign Minister of Greece Nikos Dendias, in the framework of which the two Ministers will have the opportunity to exchange views on the latest developments regarding the illegal actions of Turkey in the EEZ of the Republic of Cyprus, as well as on the efforts of the resumption of the talks on the Cyprus problem, as long as Turkey`s illegal actions will be terminated,” the press release said.

The FAC is expected to adopt on Monday a text drafted by the Committee of Permanent Representatives of the 28 EU member states (COREPER) regarding the measures against Turkey, due to the continuing and escalating illegal activities within the Republic of Cyprus’ territorial waters and its EEZ.

Moreover, the EU Foreign Ministers will discuss, among other issues, Iran, in light of the recent developments concerning the Iran nuclear deal, discuss and adopt conclusions on Iraq, discuss the situation in the Central African Republic as well as migration, focusing on the external aspects.