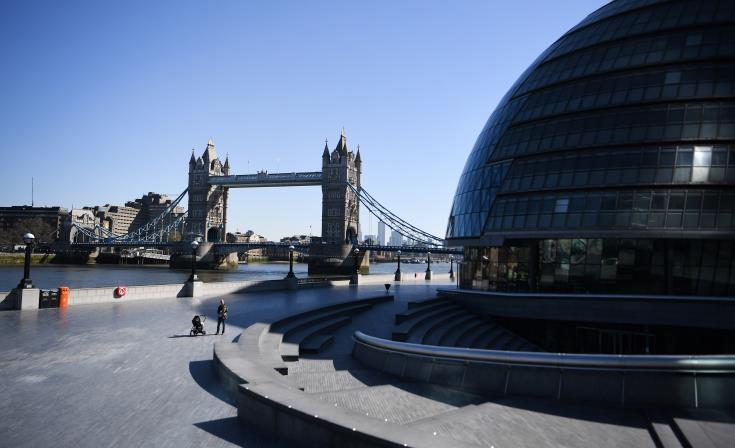 Foreign Minister Nicos Christodoulides has sent a message of support to Cypriots in the UK, amid reports of increasing losses of members of the populous community due to the Covid-19 pandemic.

The weekly Greek Cypriot newspaper ‘Parikiaki’, published in London, has raised the tragic tally of coronavirus deaths in the community to at least 287.

The paper has been regularly updating its data by contacting local hospitals, churches, the Turkish Cypriot media and community, funeral directors and by following death announcements.

Christodoulides speaks of “unprecedented and adverse” conditions created by the Covid-19 pandemic around the world, in his message, praising all UK Cypriots who are fighting “with persistence and great resilience” for a better future for their family.

He says that through their valuable work in their area of activity, UK Cypriots are doing their bit in the advancement of the local community in the United Kingdom, always respecting the culture of the country in which they have built their life and at the same time showing diligence in keeping in touch with their roots.

“To all of you who are without a doubt our best ambassadors, I would like to send the message that the Republic of Cyprus stands by you,” the Cypriot Foreign Minsiter’s message reads. “Our thoughts these days are especially with the families of all those who suffered the loss of loved ones. Unfortunately, we had to bid farewell to many Cypriots. Many found themselves in the United Kingdom as economic migrants in the 1950s and others as refugees after the 1974 tragedy. I once again express heartfelt condolences on the part of the President of the Republic, as expressed in his letters to the Presidents of the Cyprus National Federation and POMAK on April 10, 2020, as well as the love of all your fellow Cypriots and my own deep sorrow,” he continues.

Finishing on a personal note, he states: “Personally, having lived with you for four years with my family when I served as Consul-General in London, I feel like one of you. I express my sincere condolences to the families of the members of the community who passed away due to the pandemic and I wish you strength and courage from the bottom of my heart.”

By In Cyprus
Previous article13 guidelines for operation of small shops
Next articleMarch jobless rise to 6.6% in March