FM says next weeks are decisive for Unficyp resolution 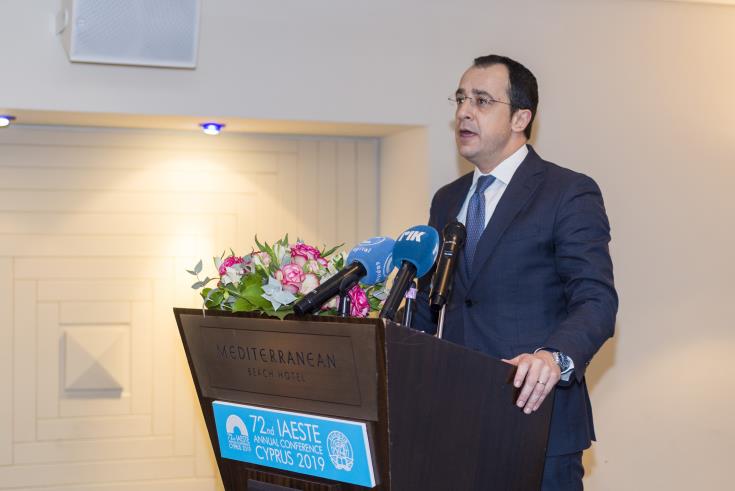 Foreign Minister Nikos Christodoulides said on Saturday that discussions at the level of the Permanent Members of the Security Council on the context of the resolution on the renewal of Unficyp’s mandate have already begun.

The Minister said that the Government is in contact with the five Permanent Members of the Security Council and expressed the view that the next two weeks are “decisive for and crucial to the context of the resolution”.

Christodoulides said he did not expect any problems to occur regarding the renewal of the mandate of the United Nations Peacekeeping Force in Cyprus for another six months. “However, there is no room for complacency, because what matters is what the resolution will include as a whole, taking into account the Turkish approach that the Peacekeeping Force is not necessary in Cyprus and it has no added value, a position expressed by the Turkish side since 1964” he told the press, in Limassol.

“I can tell you that discussions at the level of the permanent pembers of the Security Council on the context of the resolution have already begun” the Minister said, and “we are in contact with the five permanent members and I consider the next two weeks to be decisive with regard to the context of the resolution, taking into account of course the US government’s approach in general on all the peacekeeping missions”.

Christodoulides noted that Unficyp’s mandate will be renewed for a period of another six months, adding that “then the state of affairs regarding the United Nations Peacekeeping Force will have to be discussed again, in a crucial period I would say, because we have heard Mr. Çavuşoğlu and Mr. Akinci saying that talks would not restart before June”.

The Cyprus Government, he underlined, is not in agreement with this position and believes that talks must begin again as soon as possible. The Minister said he hoped that UN special envoy Jane Holl Lute would return to Cyprus soon, around the end of January or beginning of February.

“Even at this time when no public announcements are made, the process to agree on the terms of reference, that would allow the resumption of the talks, is ongoing” he added.

“So we believe that their should be an agreement on the terms of reference as soon as possible” said the Minister.

Asked about the US arms embargo on Cyprus, the Foreign Minister said that the US Government perceives the arms embargo imposed on Cyprus as unsuited and said he expected the “executive power in immediate future” to start moving gradually towards lifting the embargo.