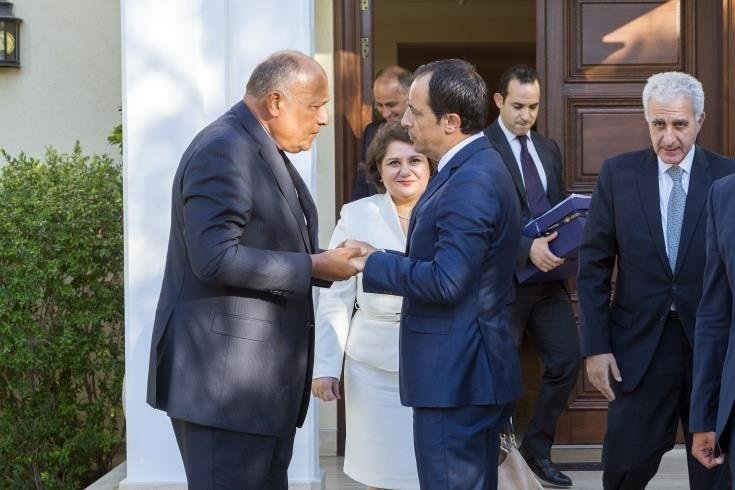 The Ministers of Foreign Affairs of Cyprus and Egypt, Nikos Christodoulides and Sameh Shoukry, held a telephone conversation on Sunday, on Eastern Mediterranean developments.

A press release issued by the MFA says that the two Ministers reviewed the latest developments in the broader region of the Eastern Mediterranean, with particular emphasis on the situation in Libya and Turkish actions , “which have escalated tensions in the country and have enhanced destabilization in the region”.

The Ministers agreed, the press release says, on the need of an immediate cease-fire and a return to the political process, on the basis of the Berlin Conference Conclusions and the relevant United Nations Security Council Resolutions, including RES 2510.

Christodoulides reaffirmed Cyprus’ full support to the Cairo Initiative, which enhances and supports the Berlin Conference Conclusions and the provisions of the aforementioned Resolutions by the United Nations Security Council.