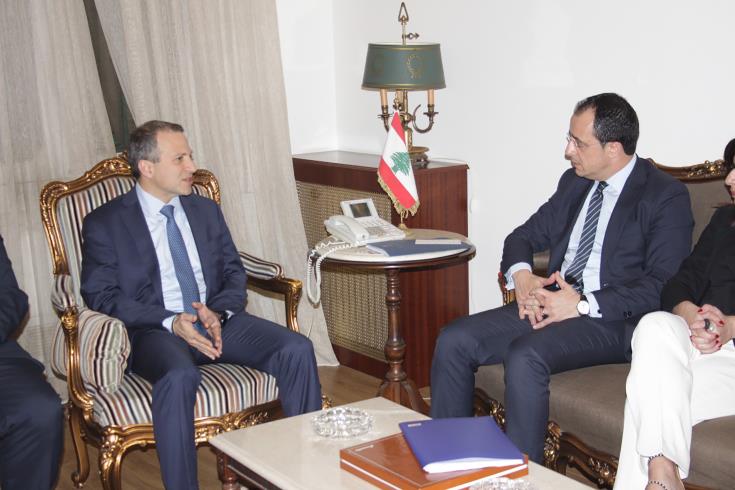 Bilateral relations between Cyprus and Lebanon, the Cyprus problem, regional developments and the trilateral cooperation between Cyprus, Lebanon and Greece were among the matters discussed during a visit Cypriot Minister of Foreign Affairs Nikos Christodoulides paid Lebanon, in the context of regional tour.

Christodoulides, who arrived last night in Lebanon from Jordan, had a meeting today with his Lebanese counterpart Gebran Bassil during which they reviewed bilateral relations between the two countries, a Foreign Ministry press release issued here today says. In particular, they discussed the cooperation between the two countries in the political, military and economic sectors, the press release adds.

By In Cyprus
Previous articleCyprus central government debt at €18.3 billion at end-2017
Next articleHourican urges business community to help in a speeder resolution of NPLs problem