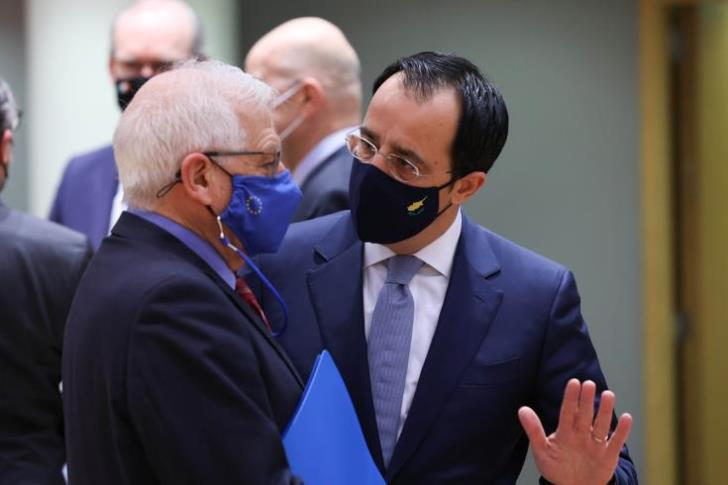 Foreign Minister Nikos Christodoulides has conveyed a personal message from the Cyprus President to head of the European Council Charles Michel ahead of Thursday’s summit during which EU-Turkey strained relations will be reviewed.

The leaders will discuss via teleconference the situation in the Eastern Mediterranean based on a draft report by High Representative Josep Borrell on the conclusions of the European Council in December 2020.

Christodoulides who is in Brussels for the meeting of the EU’s foreign minister preparing the ground for the two-day leaders’ summit sent the message that Nicosia agrees with the bloc’s stick and carrot policy with Ankara.

Moreover, Borrell on Monday said the EU will be closely monitoring Turkey till next June, when the next European Council summit is scheduled to take place.

Borrell also met with Turkish Foreign Minister Cavusoglu to discuss Turkey’s intentions so as to brief the leaders.

Borrell’s report addresses these topics through a positive and a negative agenda but EU  sanctions against Turkey are highly unlikely, according to insiders.

The leaders will discuss the strained ties with Turkey with a view to updating a 2016 migrant deal under which Ankara curbed entries into Europe in exchange for EU financial support.

By Annie Charalambous
Previous articleCloud, rain, thunder and dust on Tuesday
Next articleBoy, 11, found unconscious, cannot remember whether the father gave him drugs