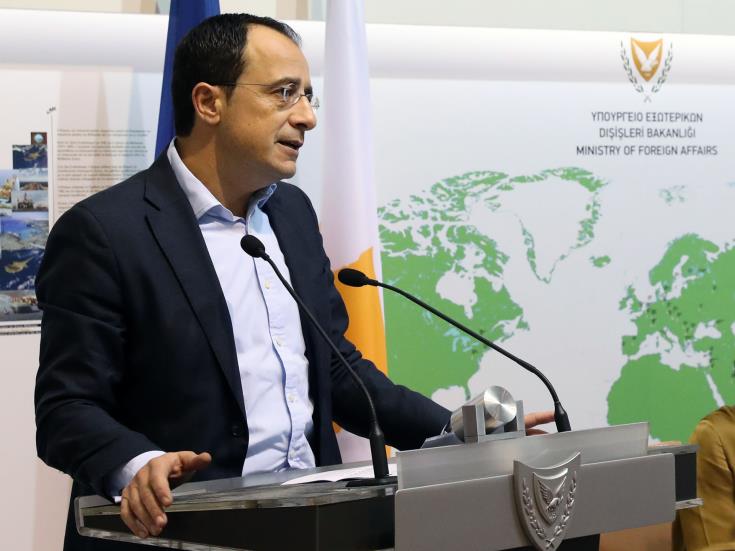 Cyprus Foreign Minister Nicos Christodoulides has asked for the substantive contribution of the US so that Turkey terminates its illegal activities in the Eastern Mediterranean that violate the international law and Cyprus’ sovereign rights, during a meeting he had on Thursday in Nicosia with the US Assistant Secretary of State for Energy Resources, Francis Fannon. The US official left later on the same day and travelled to Turkey where he will hold contacts with officials.

According to a CNA source, Christodoulides and Fannon discussed about Turkey’s illegal activities in the Eastern Mediterranean and the Middle East and how those affect, among others, the US interests.

The same source told CNA, that Christodoulides asked during his meeting with Fannon, for the US substantive contribution towards the termination of Turkey’s activities, noting that these activities affecting Cyprus and the broader region create tension and instability.

The US official will visit Egypt after Turkey.

Fannon addressed on Wednesday a 3+1 technical group meeting, in Nicosia, along with Cyprus’ Energy Minister, Yiorgos Lakkotrypis. In statements, Fannon said that energy resources are a catalyst for broader cooperation and that the United States remain committed at the highest level.  He reiterated moreover the US position with respect to Cyprus’ offshore exploration and exploitation activities, saying that “we support the Republic of Cyprus to develop its resources in its EEZ” the revenues of which could be used for both communities, in the context of an overall settlement.

By In Cyprus
Previous articleUNSG monitoring the developments in the EEZ of Cyprus closely with concern
Next articleLimassol: ‘Zig-zag’ cycle lane architect resigns