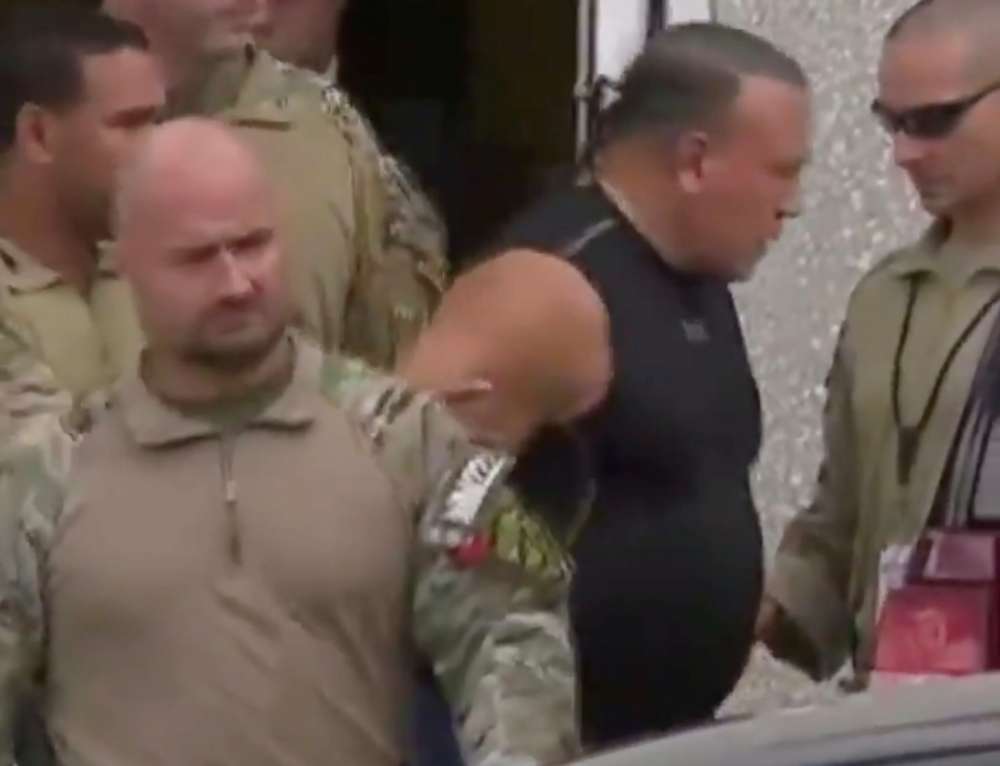 Florida man suspected of mailing at least 14 pipe bombs to some of U.S. President Donald Trump’s leading critics was in custody on federal charges on Saturday, in a case reflecting the rancor of one of the most toxic election campaigns in decades.

Cesar Sayoc, 56, a part-time pizza deliveryman, grocery worker and former stripper once charged with threatening to bomb an electric company in a billing dispute, was arrested by federal agents outside an auto parts store in Plantation near Miami on Friday.

Authorities also seized a white van that Sayoc appeared to have used as his dwelling, its windows plastered with pro-Trump stickers, the slogan “CNN SUCKS” and images of Democratic leaders with red cross-hairs over their faces.

Fingerprint and DNA evidence helped identify the suspect, but his arrest did not necessarily end the threat, Federal Bureau of Investigation Director Christopher Wray warned at a news conference. He said other packages may still be in transit.

He was expected to be held at the Federal Detention Center in downtown Miami and make his first appearance before a judge on Monday, according to former Assistant U.S. Attorney David Weinstein. If convicted, Sayoc could be sentenced up to 48 years in prison, officials said.

One federal law enforcement source told Reuters that authorities were investigating whether other individuals were involved and did not rule out further arrests.

Sayoc’s arrest followed a four-day manhunt sparked by the discovery of bombs concealed in packages addressed to leading Democratic figures including former President Barack Obama and former first lady and Secretary of State Hillary Clinton, whom Trump defeated in the 2016 presidential race.

Some of the parcels also contained photographs of the intended recipients marked with a red X, according to a criminal complaint in Manhattan federal court.

The complaint accused Sayoc of sending 13 bombs to 11 individuals, starting with billionaire Democratic donor George Soros. A package surfaced on Monday near his home in Katonah, New York.

A 14th package was found on Friday at a post office outside San Francisco addressed to another wealthy contributor to the Democratic Party and liberal causes, Tom Steyer. 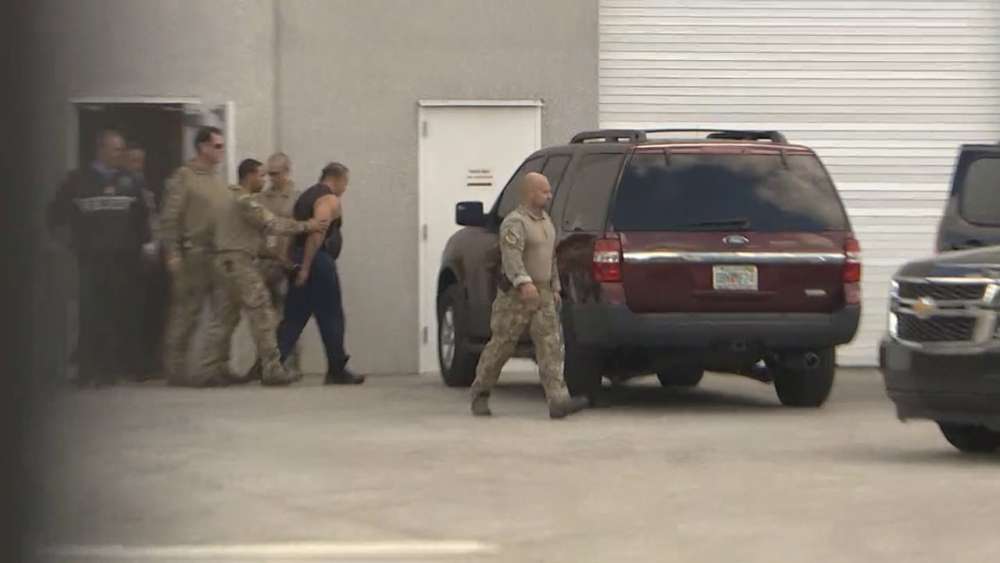 The bombs were sent in manila envelopes lined with bubble wrap and consisted of plastic 6-inch pipes packed with explosive material and wired to small clocks and batteries, the complaint said.

Wray said investigators had yet to determine whether the bombs were “functional.” All were sent through the U.S. Postal Service system and intercepted before reaching their intended targets without exploding. No one has been hurt.

The bombs have heightened tensions during the closing days of a highly contentious campaign ahead of the Nov. 6 elections in which Democrats are battling to seize control of Congress now held by Trump’s Republican Party.

A native of New York City’s Brooklyn borough and a registered Republican, Sayoc made his political views evident on social media. In Facebook and Twitter posts, he railed against Democrats, Muslims and liberals.

Public records showed numerous arrests over the years for domestic violence, theft and other charges, including the alleged bomb threat against a utility company.

A public defender listed as Sayoc’s attorney of record in New York, Sarah Baumgartel, could not immediately be reached for comment.

All the individuals targeted by the packages Sayoc is accused of sending have been outspoken critics of Trump and his administration, foils for the president and his right-wing supporters or both.

Among intended recipients earlier in the week were former Vice President Joe Biden, former Attorney General Eric Holder, actor Robert De Niro and former CIA director John Brennan, whose security clearance Trump revoked after Brennan lambasted Trump’s Russia summit performance as “nothing short of treasonous.” His package was delivered to the Manhattan bureau of CNN, where he had served as an on-air analyst. 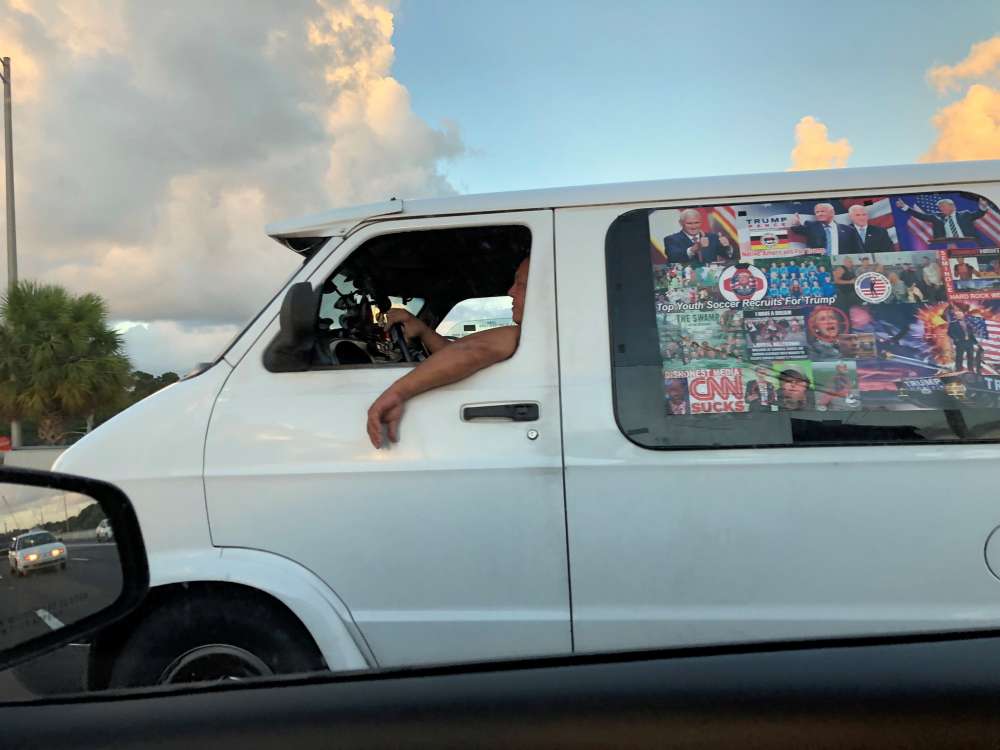 The episode has sparked an outcry from Trump’s critics charging that his inflammatory rhetoric against perceived enemies among Democrats and the press has fostered a climate ripe for politically motivated violence.

Trump’s supporters have accused Democrats of unfairly suggesting that the president was to blame for the bomb scares, and Trump himself accused the press of using coverage of the investigation to score political points against him.