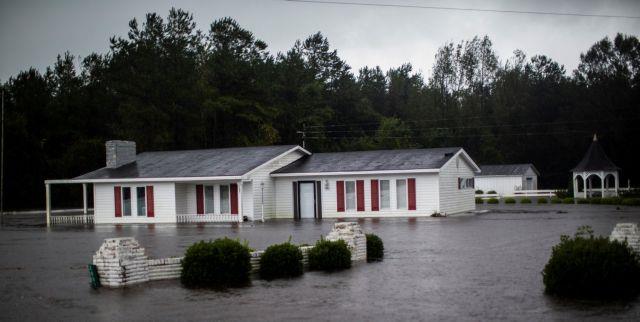 Florence hurricane continues to threaten lives on the east coast of the United States, even after it was downgraded from a hurricane to a tropical storm.

According to the National Hurricane Center (NHC), Florence would produce top winds of 80km/h and would ‘dump’ almost 40cm of additional rain on the states of North and South Carolina.

The death toll rises to at least 13 people, as local media reported.

Florence has already caused widespread damage and knocked out power for nearly one million people.