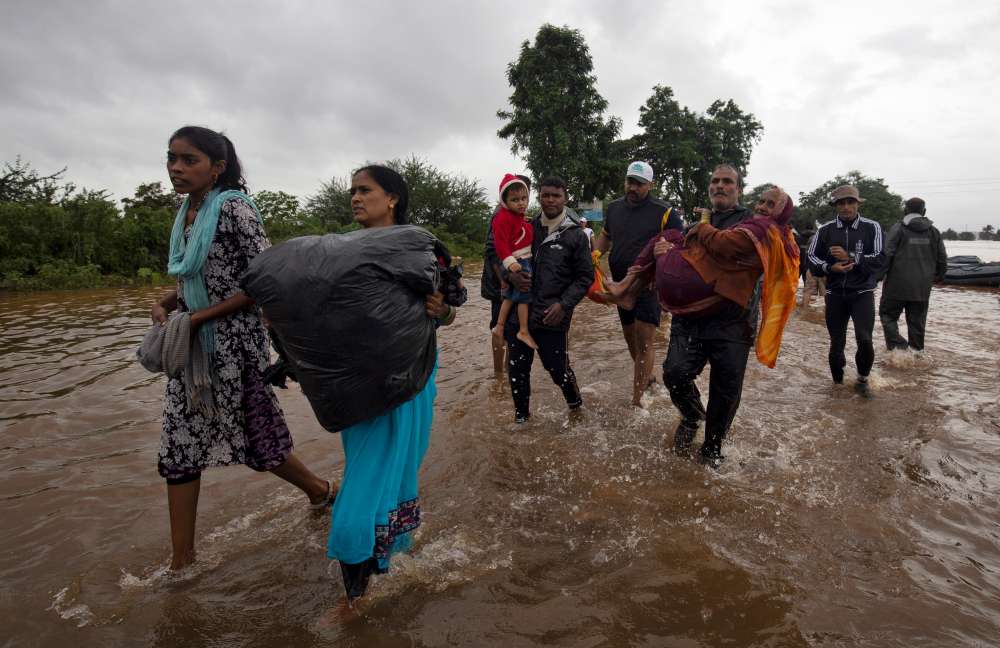 At least 22 people have died in the southern Indian state of Kerala after torrential monsoon rains caused landslides and flooding that cut off some areas, authorities said on Friday.

Seasonal monsoon rains from June to September cause deaths and mass displacement across South Asia every year but they also deliver more than 70% of India’s rainfall and are crucial for farm output and economic growth.

In Kerala, the disaster forced the evacuation of more than 22,000 people and the closure of Cochin International Airport, the busiest airport in the tourist state.

Located along the banks of the Periyar river, the airport will be shut until Sunday, although the Indian Navy has opened an airfield at a naval base for use by commercial flights, officials said.

Kerala was hit by devastating floods last August that killed more than 200 people and affected more than 5 million. Those floods, dubbed the worst to hit the state in nearly a century, caused billions of dollars of damage to fields, homes and other infrastructure.

A few dozen people are feared trapped after a major landslide in Puthumala village in the hilly district of Wayanad. Rescuers have recovered seven dead bodies and the state government is planning to airlift rescue equipment to the area, said Kerala Chief Minister Pinarayi Vijayan.

“All arrangements have been put in place to deal with the disaster,” Vijayan said.

The western Indian states of states of Maharashtra, Goa and Karnataka have also been hit this week by heavy rains and flooding.

Officials said at least 38 people have been killed in the states this week due to the rains and more than 200,000 have been evacuated.

Hundreds of villages and a few towns in the affected areas of Maharashtra do not have electricity and drinking water, a state government official said on Friday, and authorities are trying to restore electricity in some areas.

Fuel was also scarce because some districts had been cut off from the rest of the state, the official said.

Schools and colleges in many parts of western and southern India have been shut since Monday and are unlikely to open this week, authorities have said.

Milk and vegetable supplies to India’s financial hub, Mumbai, dropped significantly on Friday because many of the affected districts in Maharashtra are major suppliers.

The weather department has forecast heavy rainfall in Kerala, and Maharashtra and Karnataka in the next two days.

Kerala has been releasing water from some of its dams to avoid dam waters rising to dangerous levels like last year, authorities said.