Flooding and dam overflow in the Turkish-occupied areas (photos, video) 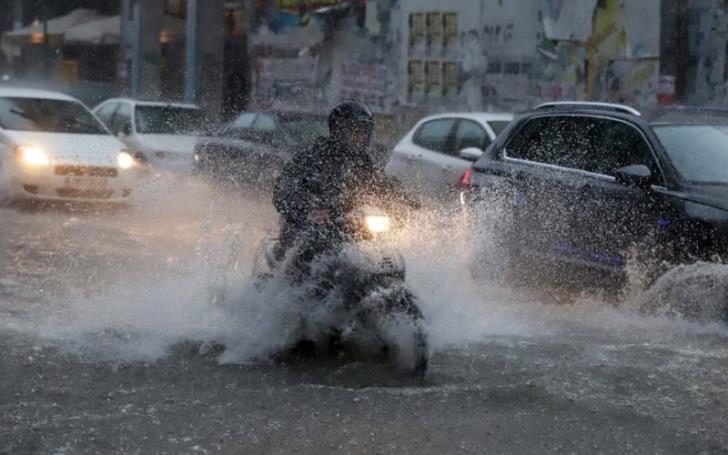 Trending headlines in the Turkish-Cypriot press today are the flooding and damages caused by bad weather in the Turkish-occupied north, philenews reports.

A recycling factory reportedly suffered serious damage from strong winds in the Famagusta area last night. The factory owner told Yenidüzen that he was shocked at the sight of the building this morning, as the roof is completely gone and some walls fell. The business’ manager Ömer Özdemir estimates the damage at around €16,600.

Strong winds also destroyed the roof of a Famagusta house when a pine tree is said to have fallen on it.

The Morphou dam has overflowed according to Yenidüzen which posted a video of the event.

The street that leads to Pentayia in the Morphou area is said to have flooded as well as some animal farming units in the Petra area.

A water pipe starting at Zodia-Peristerona leading to Pentayia has burst, philenews said, due to the large inflow of water.

Problems have also occurred in the road network of occupied village of Angolemi.

Trikomo and Karpasia area experienced the most rainfall.

In Trikomo the wall of a house collapsed while in Galinoporni and Karpasia the thunderstorm caused power outages.

Turkish-occupied Nicosia “mayor” Mehmet Harmancı said that measures are being taken by “municipality” crews to monitor Pedieos river as the water levels rise.

Children were sent home early from school on Wednesday and were told to stay home on Thursday.

Rainfall is expected to continue until Friday. 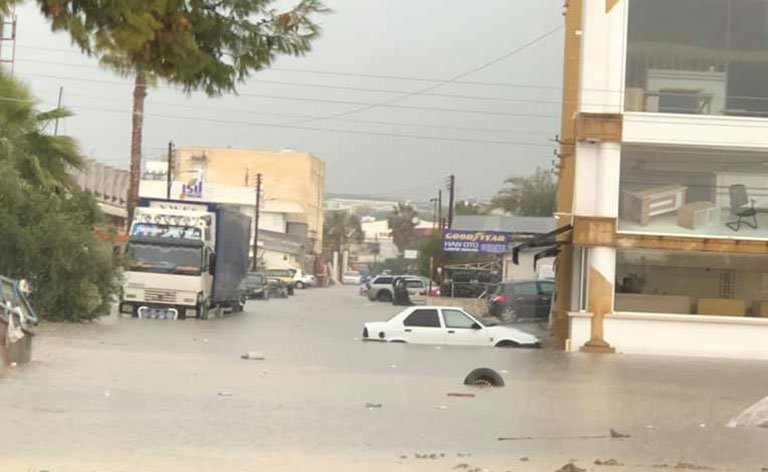 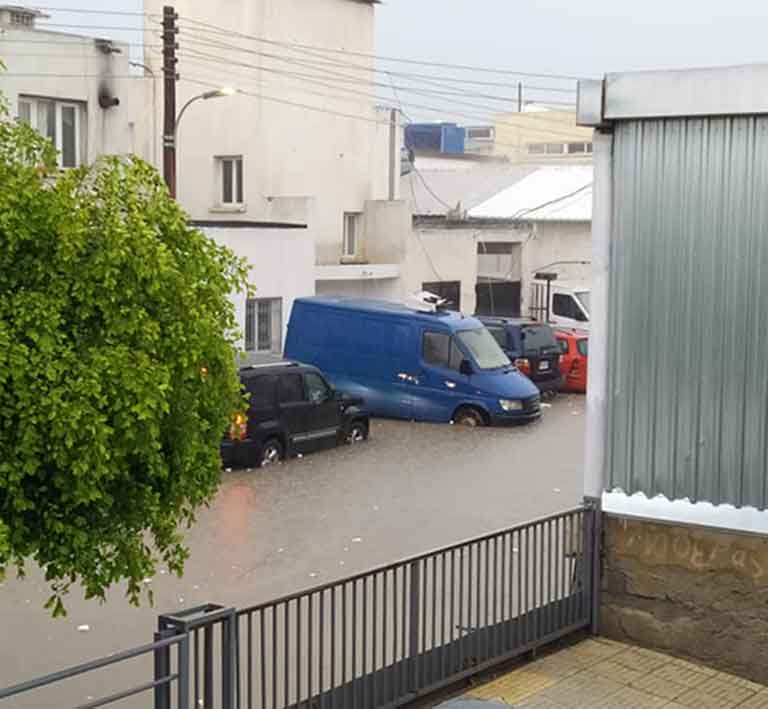