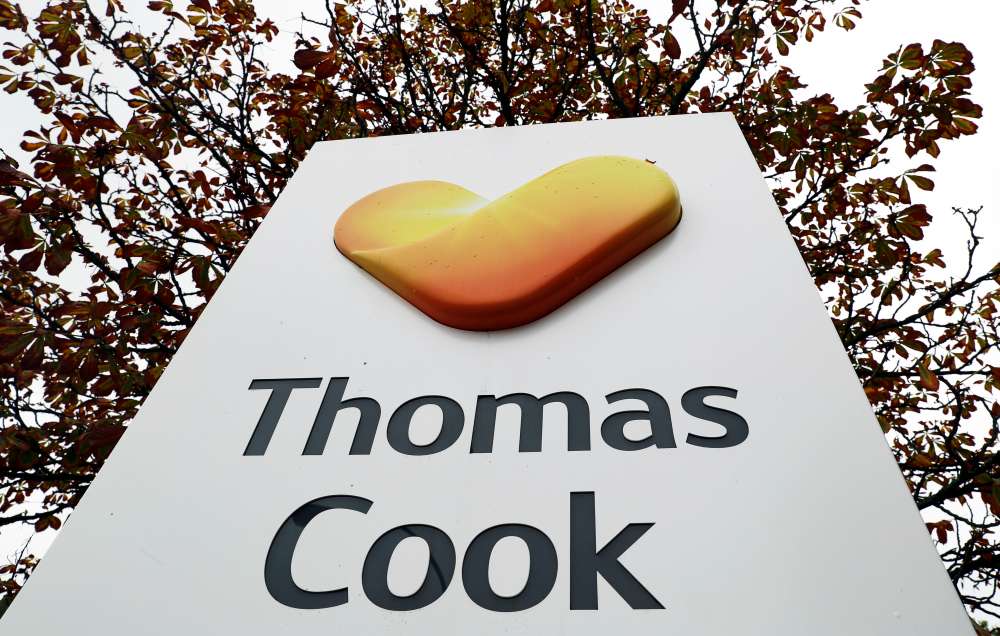 Some flights operated by Thomas Cook’s Nordic business have been cancelled or delayed as the subsidiary battles to survive the collapse of its parent company earlier this week.

Several planes operated by Thomas Cook Scandinavian Airlines have not been able to take off because their leasing contracts remained with the British parent, Danish subsidiary Spies said.

“When you remove a subsidiary from its parent company as brutally as it happened Sunday night, there will be some loose ends afterwards,” said Spies spokeswoman Lisbeth Nedergaard.

“Right now, one loose end is the leasing contracts of some of our planes. Some were leased through our parent company and subleased to us, others were the opposite.”

It was not immediately clear how the situation would be resolved.

“The owners of the planes are right now looking into who’s got what, and that is why some planes are on the ground until this is resolved,” said Nedergaard.

“We’re in dialogue with all parties involved as we speak and hope it will be resolved during the morning.”

Thomas Cook’s Nordic business said on Monday it would continue to operate as it is a separate legal entity from its parent, and it was looking for new owners.

The British parent’s German arm, Condor, similarly remains in business. On Tuesday, the German government said it would guarantee a 380 million euro ($418 million) bridging loan to keep it flying.

The Nordic business consists of two legal entities, Thomas Cook Northern Europe and Thomas Cook Scandinavian Airlines, and is also known as Ving Group. The business operates under several brands: Ving in Norway, Spies in Denmark, Tjareborg in Finland, as well as Ving and Globetrotter in Sweden.

Tjareborg said in a statement that “operations continue normally from Tuesday September 24 onwards. Business as usual”.

Hundreds of thousands of holidaymakers were stranded by the collapse of London-based Thomas Cook, the world’s oldest travel firm.

Close to 35,000 holidaymakers from the Nordics were travelling with the company at the time of the announcement.

By In Cyprus
Previous articleMan wanted in connection to Paphos burglaries (photo)
Next articlePaphos: Three cars damaged by fire