Flight traffic in Europe before and after the outbreak (video) 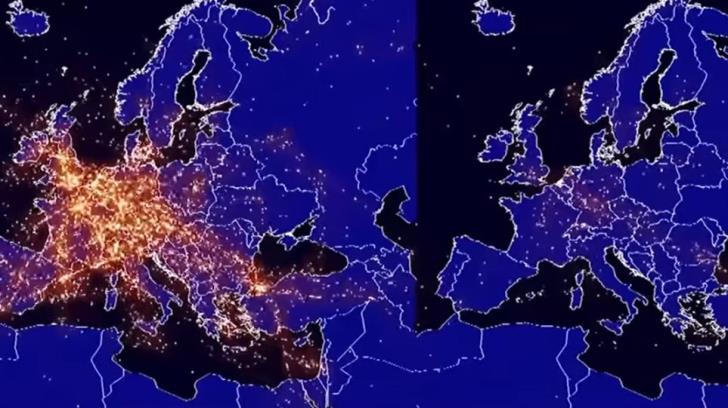 Eurocontrol has published visualised data of air traffic in Europe before and after the pandemic, comparing the traffic on April 18 of last year with April 16 of this year.

According to Eurocontrol’s latest assessment on the impact of Covid-19 on European Air Traffic, all of Europe’s largest airports are as at April 21 managing 90% fewer flights compared to last year.

#COVID19 – just 4162 flights on Thursday 16 April in the European network, down 87% on the same day last year. Sad to see but #wewillcomeback #bettertogether