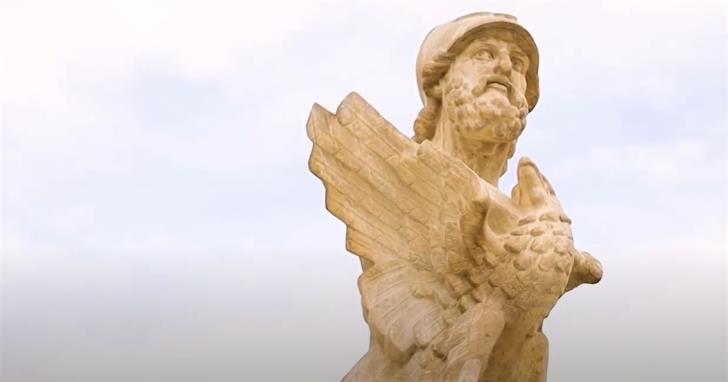 Each of the stone incarnations has an interesting and unique story to tell and now thanks to the innovative application that launched called “Larnaca Storytelling Statues”, they can now “personally” recount their stories.

Created by the LTB and supported by the Deputy Ministry of Tourism, Larnaca Municipality and the Youth Board of Cyprus, Larnaca’s ‘Storytelling Statues’ is the first of its kind on the island.

Through the app both foreigners and locals alike can learn about the history of important figures and symbols of the past whose stories are inextricably linked to that of Larnaca.

The interactive sightseeing initiative works via a QR code on five statues of significant historical figures. Scanning the code with a mobile device, visitors can select either English or Greek, and the statue will then “call” them and narrate its exciting story and how it is linked to the city of Larnaca.

Dotted around the town centre and the main seafront promenade, the five statues are:

» Zenon of Kition – three different statues of the founder of the Stoic school of Philosophy – born 334BC.

» The bust of General Kimon – who defeated his enemies even in death in the 5th century BC.

» Apollonios Kitieas – a physician of the Empiric school of thought.

» Artist Michael Kashalos – a self-taught painter who began his career in his 70s.

» The Winged Lion of Venice – a gift from Venice to mark the twinning of the two cities.

On the occasion of the unveiling of the application, the extension of the initiative to other attractions of the city was announced, while at a later stage, reference points in the province will be included.

The second phase of the project includes sculptures and statues that are located in key areas of the city such as the church of Ayios Lazaros, the Pieridis Museum, the Kyriazi Medical Museum, and the Medieval Castle of Larnaca.

The Armenian Monument, the statue of Makarios, the statue of Peace in the Municipal Gardens and the sculpture dedicated to the Wise Shiabbon will also be included, while in coordination with Hermes Airports, a specific sculpture that exists at Larnaca Airport will too be part of it.

Those interested can listen to the stories of the statues by taking a tour of Larnaca or alternatively through the website.

It can only be accessed from a mobile phone or tablet, and a short video has been posted on YouTube.

By In Cyprus
Previous articleRats and rodents sauntering about freely in Kaimakli
Next articleBusiness loans drop, mortgages and consumer loans increase in July