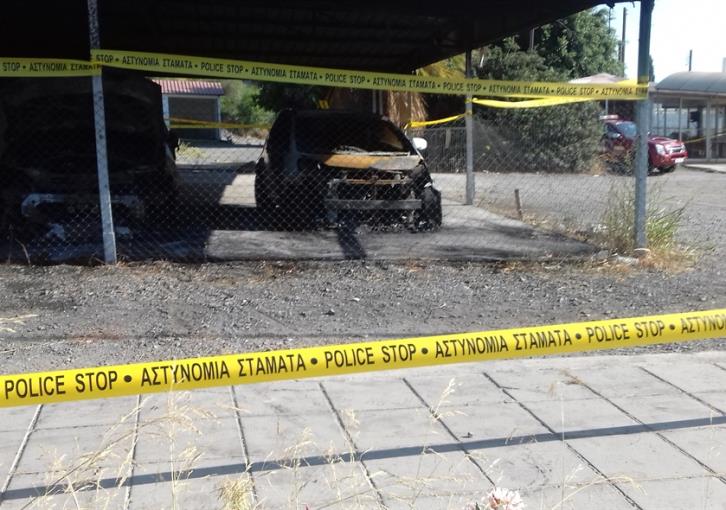 Five cars were destroyed by fire in a car-storage area in Larnaca owned by a 28-year-old. The incident took place during the early hours of Sunday and all evidence points to arson.

The fire was spotted around 4am and was extinguished by members of the Fire Service, who were called to the scene. From on the scene examinations police concluded that the fire was malicious.

From the fire, the vehicles were almost completely destroyed.

It is believed that the perpetrators used a mixture of flammable chemicals.

Larnaca police are investigating the incident.

By In Cyprus
Previous articleThree babies among six dead as boat capsizes off Turkish coast-Anadolu
Next articleUpdate: Paramali fire under control