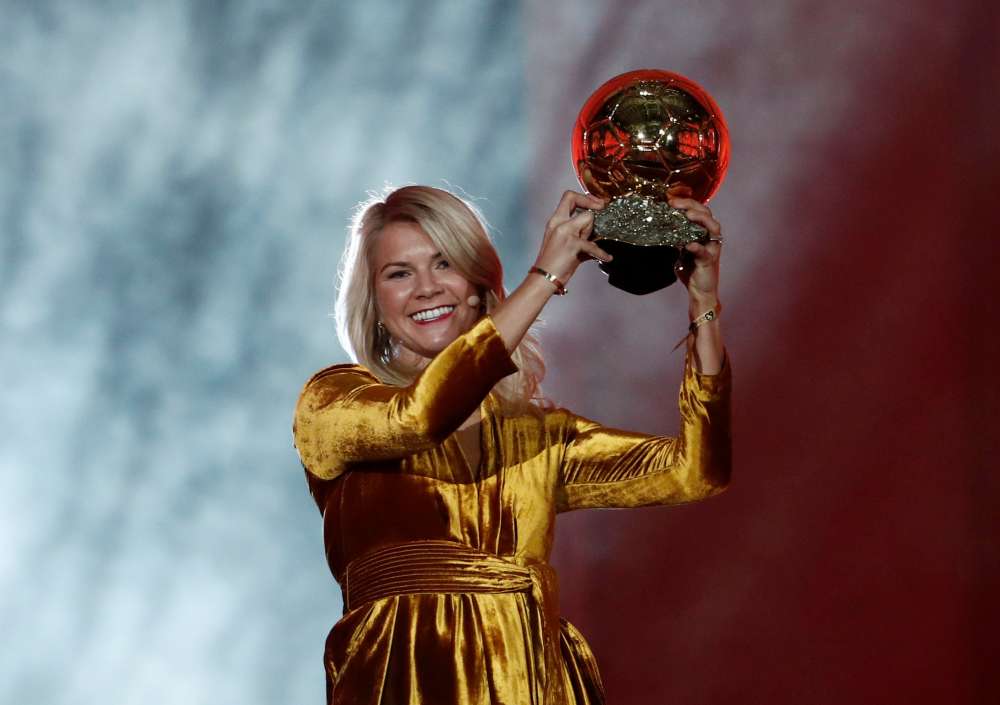 Olympique Lyonnais and Norway forward Ada Hegerberg won the inaugural Ballon d’Or award for the best player in women’s football on Monday but the moment was tarnished when DJ Martin Solveig asked her to ‘twerk‘ after receiving the prize.

Hegerberg, who helped lead Lyon win the Women’s Champions League last season, looked embarrassed and answered “no” after Solveig asked her in French to do the provocative dance.

“You’ve seen that I prepared a little celebration for (France forward) Kylian (Mbappe) so we said we’re going to do something similar. Do you know how totwerk?” said French DJ Solveig who co-hosted the awards with David Ginola.

Solveig was the subject of criticism on social media following his exchange with 23-year-old Hegerberg and quickly apologised for his comments with a video posted on Twitter.

“I’m a little amazed and astonished with what I’m reading on the internet, of course I didn’t want to offend anyone,” he said. “This was a joke probably a bad one, I want to apologise to the one I offended, sorry about that.”

Sincere apologies to the one I may have offended. My point was : I don’t invite women to twerk but dance on a Sinatra song. Watch the full sequence People who have followed me for 20 years know how respectful I am especially with women pic.twitter.com/pnZX8qvl4R

Hegerberg played down the incident

“He (Solveig) came to me afterwards and was really sad that it went that way. I didn’t really think about it at the time to be honest. I didn’t really consider it a sexual harassment or anything in the moment,” she told the BBC.

Arsenal centre-back and Ireland international Louise Quinn told Reuters: “It just shows that people just come out with these questions or comments without giving it a second thought, and it must change.

“Women’s football is taking huge strides and questions and comments like this take away from those strides we have taken. Instead of the attention going to a world-class player for her talent it will all be about Solveig’s question.”

Hegerberg earlier spoke of her pride in winning the award and said she hoped it would motivate young female players.

“Being historical and the first woman to win the Ballon d’Or is a huge moment in my life,” she added.

“It is a fantastic day for women’s football… it is important to show young girls that they can believe in themselves and I hope they are inspired by this. They are the future.”

Croatia and Real Madrid midfielder Luka Modric was named the best men’s player of 2018 at the prestigious awards organised by France Football magazine. They have existed since 1956 but had not previously had a women’s football category.