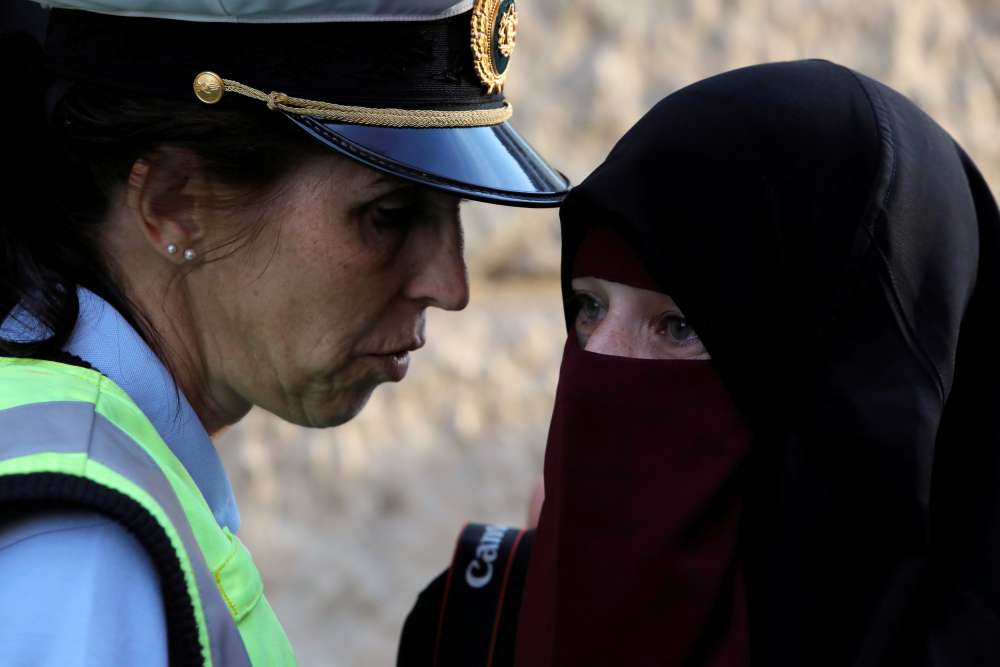 A 28-year-old woman wearing a niqab has become the first person to be fined for flaunting Denmark’s contentious face-covering ban, which came into effect on Wednesday.

The incident happened in a shopping center in the Danish city of Horsholm on Friday, after police were called to a public disturbance upon the outbreak of a scuffle after another woman attempted to forcefully remove the woman’s niqab, according to local media.

Coming into force on August 1, Denmark’s ban prohibits the wearing of facial coverings such a balaclavas, masks and false beards.

On Wednesday, hundreds of people took to the streets of Copenhagen in protest with demonstrators openly wearing facial coverings in opposition to the new law.

By In Cyprus
Previous articleYermasogia to establish a refugee children’s centre
Next articleUpdate: Twenty killed in plane crash in Swiss Alps