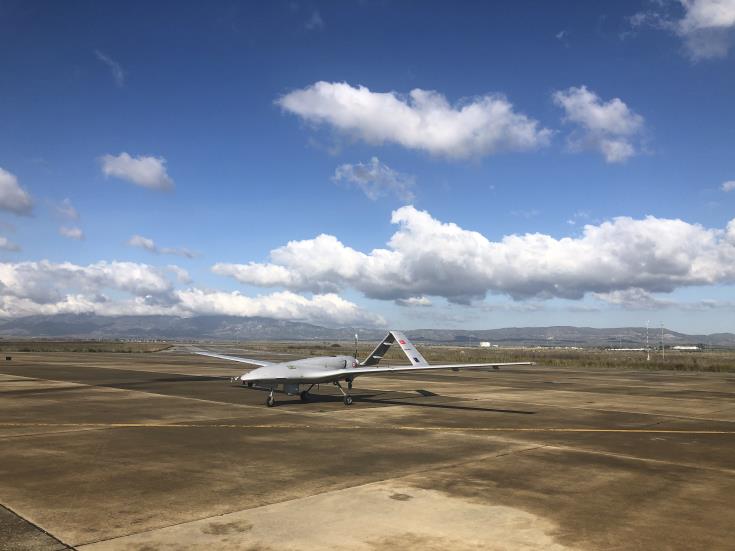 The first Turkish military drone landed at Turkish occupied Lefkoniko airport which is to be used as a base for Turkish unmanned aerial vehicles.

The head of Turkey’s Defence Industry Directorate Ismail Demir said the first unarmed Turkish drone took off from an airport in Turkey’s western province of Mugla and landed at Lefkoniko airport at 0700 GMT.

Reuters reported that the drone would be used to seek hydrocarbons in the eastern Mediterranean.

Turkey began seeking oil and gas off the coast of Cyprus earlier this year, sending two drill ships and an exploration vessel with UAVs escorting them. The European Union has called the activities illegal and readied sanctions against Turkey.

Ankara says that some areas in which Greek Cypriot ships operate are either on its continental shelf or in areas where the Turkish Cypriot state has rights over any finds.

In a statement last Friday, the breakaway ‘government” in the Turkish occupied north had given its go ahead. It said unmanned aerial vehicles (UAVs), both armed and unarmed, would begin operations Monday.

Commenting on the decision on Saturday, the government of the Republic of Cyprus “this is apparently another destabilising action by Turkey in the region, which already faces stability problems.”

“This is an action that makes the already tense situation in the region worse and does not help its de-escalation,” government spokesman Kyriako Koushos noted.

By In Cyprus
Previous articleNew record highs for Savva, Kashalos paintings at Psatharis auction
Next articleChristmas concerts by the Cyprus Symphony Orchestra