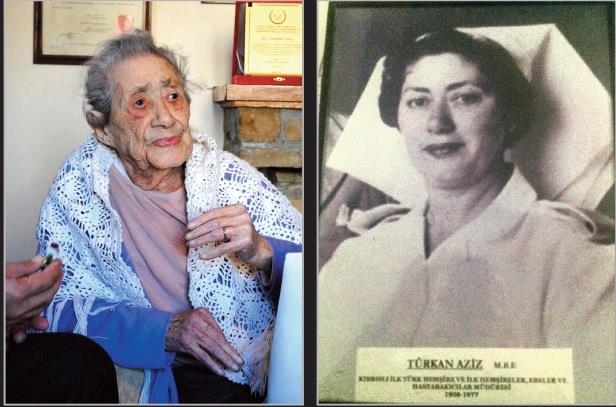 Turkan Aziz, the first Turkish Cypriot woman to work as a head nurse died on Wednesday at the age of 102.

She had been hospitalised for some time in occupied Nicosia.

Aziz was born on September 22, 1917. Her father Mehmet Aziz, was a known pharmacist.

She was the first Turkish Cypriot woman to serve as Chief Matron of Cyprus after the foundation of the Republic in 1960.

Aziz was a graduate of the American Academy in Nicosia and studied nursing at the American University of Beirut. During her studies she worked in university hospitals. She continued her education in London, where she researched thoracic disorders and tuberculosis.

She received multiple awards for her life’s work.

(With information from Yeni Duzen)