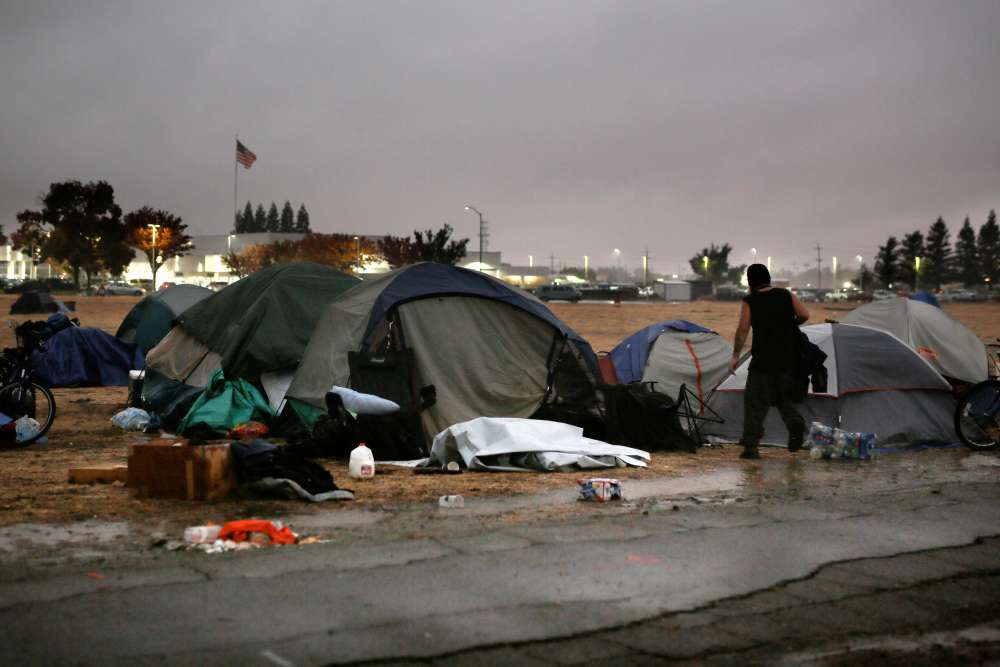 The first significant rain in months in northern California all but extinguished the deadliest wildfire in the state’s history on Wednesday but also raised risks of flash flooding that could hinder teams searching for human remains.

Between 4-6 inches (102-152 mm) of rain was expected to fall through the weekend in areas around the town of Paradise, the community of nearly 27,000 people 175 miles (280 km) northeast of San Francisco that was largely incinerated by the so-called Camp Fire.

“The rain is a concern for us and there is the potential for mudflows,” Honea said. Searchers would be pulled out of areas threatened by mudslides, he said.

The storm added to the misery of evacuees camped out in a Walmart parking lot in nearby Chico.

Mitchell Manley was cold and wet but thankful he persuaded his elderly mother to evacuate. He said most of the dead were retirees who thought they could ride out the flames in their homes.

“I was lucky to get her out, she was going to sit it out,” said Manley, who was camping at Walmart while he waited to go back to his home in Concow.

Warehouses were opened in Chico to provide evacuees protection from the cold and rain as celebrity chef Jose Andres prepared to cook hundreds of Thanksgiving meals for evacuees.

Some 830 people had signed up to spend their Thanksgiving combing through ash and rubble in forecast heavy rain, searching for human remains, Honea said.

The rains, which in some areas were likely to be accompanied by winds of up to 45 miles per hour (72 kph), raised risks of ravines turning into rivers of mud. The fire has burned across 153,336 acres (62,000 hectares) of the Sierra foothills and is 85 percent contained.

“There’s no vegetation to hold the earth and there’s a risk it could just start moving, with mud carrying everything in its path,” National Weather Service forecaster Johnnie Powell said in Sacramento.

Firefighters installed straw tubes known as wattles to stop hillsides being washed away.

The death toll has been gradually rising, with two more names added to the list on Wednesday to bring the total to 83 people, with 58 of them tentatively identified, Honea said.

The number of people unaccounted for, which has fluctuated widely over the past week, declined by 307.

Asked about the effects of rain on the search for remains, Honea said it would make going through debris more difficult but he was less concerned about remains washing away than the headaches posed by mud.

Still, he said some remains might never be found.

“What we’re looking for in many respects are very small bone fragments so, as we go forward, it’s certainly possible that not all of them will be located,” Honea said.

The Camp Fire incinerated 13,503 homes in and around Paradise. The cause of the fire remains under investigation.

The state is undertaking the largest single wildfire cleanup operation in its history to remove toxic and radioactive ash and debris at burned home sites, said Eric Lamoureux from the Governor’s Office of Emergency Services.

Butte County says evidence from recent fires in California showed that some destroyed homes and property contained “high and concerning levels of heavy metals, lead, mercury, dioxin, arsenic and other carcinogens. Some property may have the presence of radioactive materials.