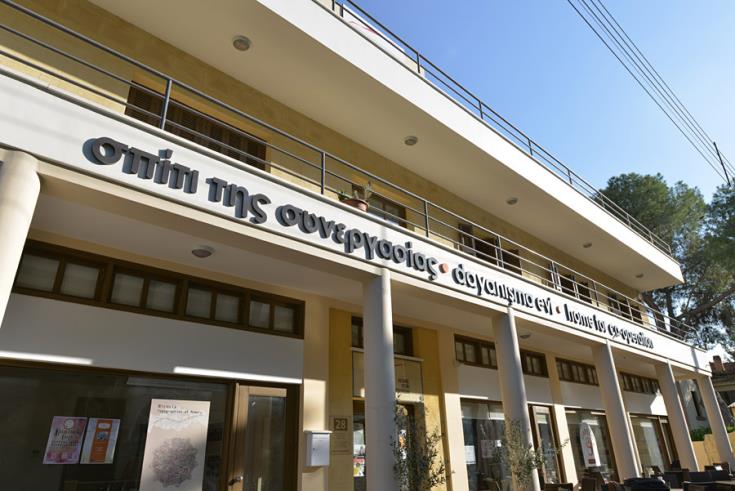 The first meeting between Greek Cypriot and Turkish Cypriot schoolchildren during the new school year, in the framework of “Imagine” programme that aims to promote a culture of peace and anti-racism, will take place on November 8. The project runs under the auspices of the bicommunal Technical Committee on Education.

The official launch event of the programme will take place on November 14, at the Home of Cooperation, in the buffer zone, with the participation of the UNSG’s Special Representative to Cyprus Elizabeth Spehar, the German Ambassador to Cyprus, Franz Josef Kremp, the heads and members of the bicommunal Technical Committee on Education, representatives of educational organisations from both communities, and the project implementers.

Greek Cypriot head of the bicommunal Technical Committee on Education Michalinos Zembylas told the Cyprus News Agency (CNA) that last year a total of 92 applications for participation in the project were submitted by groups of Greek Cypriot schoolchildren, while the number of applications this year was 114.

A total of 2000 schoolchildren and 194 teachers from 40 Turkish Cypriot and 40 Greek Cypriot schools participated in the project during school year 2017-2018. Participation to the project is voluntary both for schoolchildren (requiring the written consent of their parents/guardians) and for teachers.

Funded by the Federal Foreign Office of Germany and supported by UNFICYP, the “Imagine” project is based on a holistic understanding of a culture of peace and non-violence, and aims to increase contact and cooperation between students of the two communities in Cyprus. Among other things, the project aims to tackle racism, discrimination and xenophobia, while promoting equality and tolerance.

The project is implemented by the Association for Historical Dialogue and Research (AHDR) and the Home for Cooperation (H4C) at Ledra Palace UN controlled buffer zone, in Nicosia.

Zembylas told CNA that during this school year, apart from the workshops on anti-racism that took place in class to prepare the bicommunal workshops and sports activities at the Home of Cooperation, the project will be enriched with workshops and actions in class with a view to enhance the children’s skills and maintain their contact with the schoolchildren from the Turkish Cypriot community, with whom they met in the past.

He added that in this framework the number of bicommunal activities will be increased for the teams they wish to meet more regularly. Moreover, a total of 250 teachers from both communities will be trained both within their community and at the bilateral level, on issues regarding peace education, while a school directors conference will also take place.

As regards the results of the project so far, Zembylas said that the evaluation made by the teachers and the reactions of the schoolchildren show that there is enthusiasm before the first bicommunal meeting, while all those participating in the project are satisfied by the educational level and the excellent way in which the project is organised.

Moreover, he noted that they were moved by the reactions of the children and the teachers and their desire to meet again. Zemblylas also said that the response to the project is impressive.

Asked about the message that the activities implemented in the framework of “imagine” want to give to the young people of Cyprus, Zembylas said that there are stereotypes and prejudices which are difficult to eradicate.

He stressed that political will, systematic effort as well as educational programmes that take into considerations current challenges are needed.

“We provide children with opportunities to engage with issues that create a culture of peace, anti-racism and the deconstruction of stereotypes,” he added.

He noted that this and the contacts which the children have with children of the same age from the other community, along with the development of a teamwork and cooperation spirit “empower young people to undertake actions that, along with institutional changes that need to be made, create the foundation for a more hopeful future.”